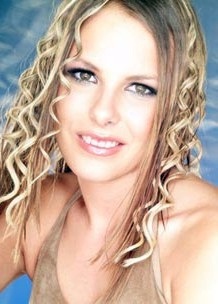 Legend says that in 1998, by reading an advert in the local newspaper, she came in contact with one of the most successful Belgian producer/songwriter Regi Penxten (Milk Inc., Sylver). Regi was looking for a female singer to start a new dance project. Sofie Lambaerts succeeded the vocal testings and became the voice and face of the newly founded K-Voice featuring La Luna. The first single Save Me From The Night which was released in January 1999 didn't break any major records in Belgium but nevertheless became a respected club hit.

Regi and co-producer Steve Spaceman made the decision to put Sofie simply in front for the follow-up-single. Venus which was released in June 1999 was again a club success and made little cross-over to commercial radio. The single charted top 40 in the Flemish part of Belgium.

In January 2000, new single When The Morning Comes became a mega success. In no time the track hit the top of the charts in Belgium. La Luna was nominated with When The Morning Comes for single of the year by major station Radio Donna. La Luna became very popular amongst youngsters and appeared on the covers of several teen magazines.

La Luna also had a lot of success in Spain where they performed up to 2 times a month. 4th single Take Me, which was released in August 2000, entered in the top 10.

The long expected 5th single Kisses Of Fire was released April 2001 in Belgium. Like the other 4 singles, it was again produced by Regi Penxten and Steve Spaceman.

On February 11th 2002 the next single was released. The song is called Here I Am. The same year, the single Fallin' was released.

2003 : La Luna's brand new single was entitled Sometime Somewhere Someone. The follow-up Still Alive was apparently the last single to be released under La Luna.

2005 : Sofie was nominated for Miss Belgian Beauty 2006 and reached the final.

2007 : La Luna was featured by Chumi DJ on his single Live My Life

2016 : after a few months spent at Herbalife, Sofie founded beauty salon Beautyfie in Vorselaar. La Luna did a comeback on the stage of I Love The 90s - The Party concert, replacing N-Trance who had to cancel because their rapper was ill.