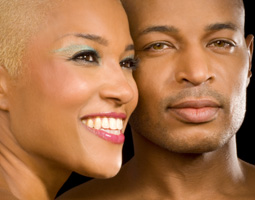 11/02/2017 : T-Spoon's next single will feature Eyekonik & Roger Troutman and it will be entitled I Wanna Be Your Man

It all started out in 1993 with their first single No Time 2 Waste, which wasted no time in cracking the top 10 in Europe (single Spank, released in 1991 under the same project name, is probably from a different project).

During the following years they scored a string of hits, which brought them success in countries like the UK, Australia, Canada, Israel, Ireland, Scandinavia, South-America and of course their homecountry, Holland. Songs like A Part Of My Life, Where R U Now, Take Me 2 The Limit and of course Sex On The Beach kept people moving all over the world. Releasing 4 full album CDs, incl. a remix CD and a hitsingle collection, they proved to be one of the most versatile dance acts to have ever existed. They produced some powerful eurodance tracks, but also groovy R&B songs, upbeat happy hardcore tunes and even euroreggae and eurodisco tracks.

Behind T-Spoon stands Prince Peration (Dutch Remy de Groot), the founder and one of the driving forces behind T-Spoon. The co-producers were Dominic Sas and Serge Ramaekers (famous for their projects Confetti's and Cartouche). On stage T-Spoon consisted of 4 people : a female vocalist (Ingrid Simons, Jean Shy, Blonde, then Linda Estelle) and a male rapper (Shamrock, replaced in 1998 by Greg Dillard, then in 2001 by King Lover), and the two dancers Regilio and Anatevka

Legend says that Shamrock said while stirring a cup of tea "I'd rather have a gold record than a gold tea spoon any day". "That's it" exclaimed Prince Peration, "That's the name", and so the name T-Spoon was born. More recently, Remy de Groot, explained that the name actually came from a western TV show in which the sheriff was called Teaspoon.

1993 : the first ever T-Spoon single No Time 2 Waste featured the vocals of one of Holland's most sought after session singers : Ingrid Simons aka BB Queen (named after Blues-legend B.B.King). Ingrid was described as a powerful singer with a magnetic stage presence. Her voice may be found not only in the clubs on CD and radio, but also behind many of  the Disney films. BB Queen had 2 hits in central Europe. Blueshouse and Soul Train in the early 90s .This was T-Spoon's first top 10 hit.

1994 : T-Spoon's 2nd was released : Take Me 2 The Limit was once again a top 10 hit. Then Ingrid Simons left the group to do vocals on Eton Crop's singles Don't You Understand and Everybody.

The album Joy, Life And Pain was released in October, along with the third single Where R U Now.

Where R U Now featured the vocals of Jean Shy, an American singer raised on gospel, blues and rock. She has had many single releases including the US top 10 hit Night Dancer. This track went top 10 in the Netherlands in no time! Because she was touring Europe with her band the Shy Guys she became the perfect candidate for T-Spoon.

Blonde (aka Mich van Hautem) was the name of this stunning singer with the long 'blonde' hair. She had previously performed with artists such as Blue Hot, Little Sister and Klootper W. Blonde also did backing vocals on B.B. Jerome & The Bang Gang - You Can Rock It (to which Dominic Sas contributed as a songwriter) She had also been the voice behind a couple of movie sound tracks such as Crazy Love and For Love And Money. Apart from her performance on Mercedes Benz, she 'opened up' completely in the sensual track Open Up 2 U.

The follow-up single was See The Light. Apart from Shamrock and Linda Estelle, it featured the guest raps of Johnny Kelvin (who released 3 solo singles, among them the eurodance song Satisfaction Guaranteed, and also did backing vocals for CB Milton's If You Leave Me Now along with Ingrid Simons).

Joy, Life & Pain also included the track Fly Away, (which would be re-recorded and released as a single much later). It featured vocals by Sofie Dijkmans, a young Belgian girl for whom it was a debut performance. Sofie also had her own pop-rock band.

In 1997 they released one of the biggest summer hits of the '90's with their euro-reggae anthem Sex On The Beach. In the year of release it went top3 in the Netherlands and top 10 in Belgium... but the big internationalsuccess came in 1998, when Sex On The Beach was released in Ireland and the UK. It entered the UK Top 40 at number 2 and stayed in the top10 for more than a month, which is something uncommon in the British charts. Humphrey Mijland a.k.a. King Lover was a guest vocalist on Sex On The Beach and he could also be heard on the follow-up Message Of Love. Before teaming up with T-Spoon, he worked with the 2 Brothers on projects like Skibby and Definition Of Joy.

1999 saw the continuing success of Sex On The Beach, when it went to the #1 position in Japan and the Fiji Islands and entered the top 10 in Australia and New Zealand ! Due to censorship, it had to be renamed as Fun On The Beach in some countries. 1999 also saw the UK release of Tom's Party, which also entered the UK Top 40. They became the second Dutch dance act ever (after 2 Unlimited) to score two Top 40 hits in a row.

Spring 1999 saw the first pre-release of the forthcoming album T-Spoon in the form of the smashing Got 2 Get U Back. The new album was completely produced by Remy de Groot and Axel Breitung. In June the second pre-release was taken of the album : Summer Love .This track reached a top 15 placement in Holland.

A huge megadeal with Sony Music/550 Music in the US and Sony Music/Epic Records in Canada saw the release of Sex On The Beach throughout North-America in August. The album, which comes in the US and in the Dutch version, was released at the end of August in the US and in September in Holland. The big difference between the two versions was the absence of Sex On The Beach and Tom's Party on the Dutch version because Sex On The Beach was already featured on the Hit Collection album. Both these tracks were new to countries other than the Netherlands, so they were added on the other version. The Dutch version did however contain three tracks which were not on the US version: Go!, If I Could Turn Back Time and the dancefloor stormer Heaven In My Hand.

October 1999 also saw the release of the new Dutch single I Want To Be Your Man. At the same time Delicious was released in Belgium.

In 2000 Greg left the band. During the Summer, the T-Spoon crew had a lawsuit against him and kicked him out of the group : he was accused of not keeping his appointments. Greg got to court and won the case but the Judge said that he couldn't force the crew to take him back. Ingrid Simons took part to the Phonical Mass! single called Carry On.

Summer 2001 : The new single from T-Spoon was called Sexy Lady. It featured the rapper King Lover who also did previously the ragga raps on Sex On The Beach and Message Of Love. It included a B-side entiled Rivers Of Babylon.

2002 : a promo single entitled Alive & Kicking was released under white label. At the end of this year a major promotion campaign started from one of Holland's biggest internet providers, Zon. They used T-Spoon's first song No Time 2 Waste as the backingtrack, and people started requesting the track again.

Summer 2003 : Linda left the project. No Time 2 Waste 2003 was released in collaboration with the project Supreme Dream Team.

2004 : in June, the single Sex On The Beach 2004 was released. Shamrock was back with the group, and they introduced a new member : Marlène Berger. Drinks called Sex On The Beach was released at the same time : energy drinks in 2 flavors : citrus and original, and 2 vodkas.

In July, they performed on the TV show "Het Swing Paleis" in Belgium and at Six Flags in Holland. In August, they did a performance in Berlikum in the Netherlands, introducing their new dancers Leandro and N-joy. Then, they went to Poland to record a TV show.

2005 : according to rumors, Remy de Groot and Serge Ramaekers were said to be working on a new single.

2007 : Jean Shy released a single called Mr. Music Maker from her current CD album The Other Side of Blue.

2008 : Shamrock and Linda Estelle toured with their "T-Spoon Reloaded show". in March, they performed at Ekonomika Rewind Leuven (Belgium). in December, it was announced that Linda Estelle and Shamrock were back in studio, and that they would record some new songs together to be released the following year

2009 : in February, they announced that they were busy recording and remixing some of their old hits, and that they had started writing new songs and were are looking for collaborations throughout the world.

In June, they appeared at Q Music's Foute Party in Den Bosch. Then they took part to a commercial for Johma salads' 40th anniversary, Shamrock doing a sing/rap style in Dutch.

2010 : there are nowadays 3 different T-Spoon formations for tours, all of them official : Blondi & Raw Jawz, Linda & Shamrock and T Spoon Dj Squad. Remy de Groot explained that "we have the past, present & future, the past is T-spoon Reloaded with Shamrock & Linda, the present is the fresh young T-Spoon with Raw Jawz & Blondi, and The future is T-Spoon Dj Squad, for every generation there is something to enjoy about T-Spoon".

2013 : T-Spoon's new single is entitled Ticket To The Tropics. It is a cover of a song released in 1985 by Dutch artist Gerard Joling.

Listen to T-Spoon on Radio Euro Classic, the eurodance radio