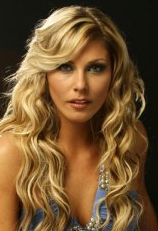 09/12/2018 : Jessy de Smet's mum will be among the contestants for The Voice Senior on VTM channel in Belgium

26/09/2018 : Regularly Jessy will publish acoustic covers of her favourite songs. Here is her version of Journey's Don't Stop Believin'.

Jessy De Smet was born the 8th of July 1976 in Zottegem, from a couple of musicians. She released her first single in 1985 as she was only 8, a duet with Willy Sommers. About a year and a half later, Marijn De Valck, who lived in the same town as Jessy, asked her to record a song called Vang het licht (catch the light). All the money earned with this song, was donated to the Belgian Federation of Autism. In the meanwhile Jessy's parents started their own band, "Jennifer Band" in which Jessy started singing at the age of 12.

But her big breakthrough came 10 years later, as the leadsinger of the Mackenzie (Jean-Pierre Fasseau and Stéphane Akenan). The first single I am free turned out to be a big clubhit. Followed hits such as Innocence, All I Need and Alive. They won a Belgian TMF Award for Best Album of 1999 with Angel.

In 2003, she decided to make a pause, doing guest performances in a coverband called Made In Belgium. Then she started her solo carreer, produced by Regi Penxten and Filip Vandueren.

2005 : she was featured on My Star with producers Kurt Verheyen and Steven Vanvaeck, but the single had moderate success.

2006 : a bootleg of her ballad Dancing In The Dark became huge in the UK. Many DJs were looking for it, so Jessy and DJ Micky Modelle made an official remix that climbed the charts in the northern summer. The follow-up Over You, a remix of another Jessy track I'll Get Over You by Micky Modelle, reached the top 40 in the UK. The smae year, The Mackenzie released an Innocence Reworks 2006.

2008 : Jessy recorded a duet with Linda from Milk Inc entitled Getting Out.

2009 : Jessy released a new song with Michael Beltran called Can't Get Enough. She will be featured on Sash!'s new single All Is Love, expected for release at the beginning of 2010.

2011 : Jessy recorded a single with DJ Rebel entitled Think About The Way 2011, a cover of Ice MC's hit. On November 25th she released a best of album entitled The Ultimate Jessy. It included all Jessy's biggest hits and collaborations, plus 4 unreleased tracks.

2013 : in February, every evening of the week, Jessy and Isabelle A performed a live 90s mash-up on Belgian radio station Qmusic. Her new single wass entitled Nothing At All.