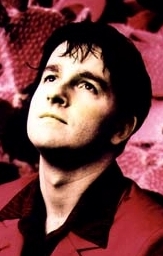 Records company : Byte Records. Sash! is a group consisting of 3 members, Sasha Lappessen, Thomas Lüdke, and Ralf Kappmeier. Sasha is the one who appears in the videos and performs live.

The first single released was It's My Life. But the success started with the second record Encore Une Fois (meaning "Once Again", featuring Sabine Ohmes' voice) which is a powerful dance hit, and raced through the club charts in Italy, Germany, Holland and the Scandinavian countries. The third release was Ecuador which proved to be as strong as it's forerunner and was a n°1 hit in the Scandinavian Dance Chart and also made it to the Top 5 in the sales charts in Denmark, Finland, Norway and Sweden. It was also on the Top 10 Music & Media European single charts. In the Summer of 1997 the album It's My Life was released and it's also doing well. The fourth release was Stay!, a powerful dance track in the same style as the previous two hits.

Sash! released a single in March 1998 called La Primavera, the first one from their second album Life Goes On. In July they released a song entitled Mysterious Time and it featured Tina Cousins on vocals. Again  a very typical Sash! song with strong synths and great vocals. On August 17 the long awaited album Life Goes On was released. It contained 11 new songs including the hits La Primavera and Mysterious Times and one Hit Mix by Oliver Momm. In late 1998 the single Move Mania featuring Shannon was released (Shannon scored many hits during the 80s, among them Let The Music Play which was covered by many eurodance projects such as Strictly MOR, Reggy O and BBG), followed in January 1999 by Colour The World which featured no other than Dr Alban on vocals.

Apart from their own career they keep on collaborating with other groups. For example Basic Connection featuring Sash! whose song Angel (Don't Cry) did very well in some countries' charts...

Announcing a new album, a new single entitled Adelante! was relesed, followed by Just Around The Hill once again featuring Tina Cousins' voice.

The next one was With My Own Eyes, featuring the finnish singer Inka, to be released on August 28th. The video was shot outside Helsinki on June 11th. The single also included the song Rock The Block. In Spain and in Denmark Together Again was released instead. The fourth single was planned to be Together Again, set to be released in November. Actually it was nenver really released, it was just broadcasted on Spain and Denmark's radios. The next album was a greatest hits album, entitled Best of Sash! released the 13th of November.

As for Sabine Ohmes, she released soon Le Soleil Noir (meaning "The black sun", featured on the latest Sash! album) with her soloproject Encore. Meanwhile, Sash! made a remix of Dani's The Meaning of Love. There were 2 remixes on the Maxi version. It was the first Sash! remix for the year 2000.

February 2001 : Sash! still exists ! Thomas Lüdke gave a few infos about the next album and single. The new single would not be called Don't Stop as first stated. At that time it had not been decided wether it would be released in August 2001 or later. No name had been given for the new album, planned for October 2001 (or maybe later for the spring of 2002). There would probably be no voices of artist which have been on the last albums. This time Sash! also wants to enter the sale charts in America

March 2001 : the Sash! team had finished so far 8 tracks with four tracks with vocals, two tracks with famous artists and two with unknown artists. The other 4 tracks are instrumental tracks.

April 2001 : Sasha Lappesen got married with the Spanish artist Mabel. In August one could read the news that Sash! released a remix of the old song Stand By Me, a mainly instrumental track. Actually this track was released by DJ Shah.

2002 : Sash was at last back for good with a single entitled Ganbareh. He released his next single called Run featuring Boy George on September 26th and the remix edition was released on October 10th.

2003 : Sash released a new single from his current album : I Believe, in March. It featured T.J. Davis and went during its first week to #67 of the Top 100 Single Sales Chart List in Germany.

2005 : Sash produced a new project called Latinovela, featuring 3 girls. They released their new single Abeja Maya on 20th of June. A 2005 remix of Ecuador (done with DJ Lhasa) was released, apparently only on compilation. Sash keeps on touring in many countries of Eastern and Northern Europe.

2007 : the long-awaited album is ready. Entitled 10th Anniversary, it included a bonus DVD.

2009 : Sash! will feature eurotrance diva Jessy on his new single All Is Love. The long-awaited single will be out at the beginning of 2010. Lazy Monkeys released a cover of Colour The World.

2010 : Sash! left his current record company and was currently searching for a new label. His album Life is a beach was postponed to 2011.

2011 : In February, Sash!'s hit Stay was covered by Den J Rose. In April, Sash!'s hit Ecuador was featured on the soundtarck of a movie currently being shot in Scandinavia... Sash! new single is entitled Mirror Mirror and featured vocals by singer Jean Pearl. Video and single were planned for July