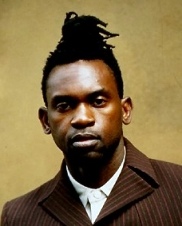 04/07/2017 : Discover the videoclip for Admiral C4C featuring Dr Alban, Vessy Boneva and Deepzone single Turn It Up (Thanks to Tavi Meran)

09/02/2016 : Forthcoming song that Dr Alban, Haddaway, Franca Morgano and Katja Bredahl recorded together will be entitled Volcano. Song was written and produced by Chief 1. Video will premiere on Ferratum's Facebook page this coming Friday. Ferratum bank is one the main sponsors of Vi Elsker 90'erne concerts (Thanks to Anders Bøgh)

Alban Nwapa was born on August 26th 1957 in Uguta, Enugu (Nigeria). He grew up listening to Fela Kuti and James Brown. At age 23 Alban moved to Stockholm to live with his uncle (a diplomate) and began studying dentistry in Karolinska Institute. In order to be able to finance his university studies the music-loving medical student started making his own music. During this time Alban worked as a DJ in the well known Stockholm club 'Alphabet Street'.

Very quickly his name became widely well known, especially since Alban often sang to the records he put on the turntable as a DJ. DJ René couldn't help but notice him and so the highly intelligent and  medical student was discovered. But first Alban finished his studies and even opened his own dentistry practice.

In 1990, he met Denniz PoP from the SweMix label in the legendary 'Alphabet Street'. Even then Denniz PoP was already one of the top producers in the music business. Alban laid aside his dentist's drill and realised his dream, together with Denniz and Rap-Queen Leila K: his first record, Hello Africa - his declaration of love for his African home - broke all records. Alban Nwapa became Dr. Alban - and a superstar. His debut-album Hello Africa sold roughly one million copies world-wide!

Only a year later this success was surpassed by the second album One Love. 1,6 million single units of the song It's My Life were sold (the single was even used as background music for an Tampax advert). It was # 1 in Israel, # 2 in UK, # 1 in Germany and Europe. The following single One Love was # 5 in Israel. The album immediately sold over 1,7 million units. Then followed the albums Look Who's Talking and Born In Africa. All in all Dr. Alban can look back on world-wide sales of over 5 millions albums and over 6 millions singles - which resulted in: 7 times Silver, 30 times Gold and 30 times Platinum so far. These rather dry (but very impressive) figures leave to doubt: the Dance-dentist belongs to the group of International Mega-Stars. His hit No Coke was even used to illustrate a anti-drugs campain in Sweden. The single Sing Hallelujah was also very successful, reaching # 5 in Israel.

After a re-release of No Coke, Dr Alban confirmed his Eurodance style with his hit Look Who's Talking Now, reaching # 4 in Israel, # 6 at MTV Europe, and # 54 in UK. Let The Beat Go On was # 12 in Israel, # 12 at MTV. It featured the voices of Nana Hedin, as always, and Jessica Folcker.

In 1995, along with Swing, he covered the famous Euroythmics song Sweet Dreams. Birgitta Edoff contributed to the vocals.

Dr. Alban's musical influences cannot be missed : the late Fela Kuti is 'the' African National Hero, the king of Afro Beat. As his idols the doctor names Jimmy Cliff and Bob Marley, two of the most important Reggae-legends of all time. The combination of these sounds, mixed with rhythmic dance grooves and harmonic pop melodies have become Dr. Alban's hallmark. That his musical talent runs in the family is shown by the fact that one of his nieces has joined the ranks of the famous in the music business - Alban is the uncle of Ricarda Nonyem Wältken, better known under the name Ricky, member of the group Tic Tac Toe.

And it's not only musical talent that makes Alban stand out. He created his own record company 'Dr. Records', on which he released Born in Africa, the first CD recorded completely in his Dr Records studios. He became the producer of many successful artists such as La Cream. He even began designing clothes and created his own fashion company but he had to give it up because his musical career left him ne time to manage anything else. Anyway he keeps on creating all the clothes he wears on the scene. He didn't forget her family in Nigeria either : he built a house for them, and he spends 6 weeks each weeks in his homeland, with his Swedish girlfriend. Eventually he is very interested in football...

Yet these are not the only passions of the Swedish Nigerian. The great statesman Nelson Mandela and the committed artist have a lot in common. Both African men fight for peace and justice, against war, racism, famine and oppression. These are subjects which are documented in nearly all of Dr. Alban's songs: 'Men are men and should be treated equally. Peace, love and harmony between nations and peoples are more important than the colour of one's skin or one's religion.' Clear words from an intelligent man.

With his last album, Dr. Alban is about to write a new and extremely exciting chapter in the book of his career. On I Believe he was able to work together with some of his own heroes, like Sly & Robbie, Freddie Mc Gregor, Beenie Man, Charlie King, a.m.m. and several exciting mixes have been produced by Sash! & DJ Quicksilver (to name but a few). The album featured many interesting tracks such as Long Time Ago which was also released as a single, reaching # 9 in Israel. Then came Feel The Rhythm, featuring female vocals by Monica Lofgren.

In 1999, his voice was featured on Sash's single Colour The World. He also produced and released under his label Doctor records the track Alla Vi, a collaboration with the tennis-legend Björn Borg and former soccer-star Tomas Brolin. The project was called Friends In Need.

After one year of silence he came back with a new track entitled Because Of You, followed by What Do I Do and a new album, unfortunately absolutely not Eurodance-related. Alban says: ' I'm very satisfied with my new album Prescription, it has taken us two years to find a new sound that will stand out, be fresh and reach a broad public. Many hands have been involved in making this new album sound special. There are also guest appearances from Tony Rebell and Anthony B to name a few.'

2002 : DJ Aligator released a track featuring the voice of Dr. Alban : I Like To Move It, the cover of the Real 2 Reel hit.

Dr Alban opened his own restaurant and club, the "Stacy nite club" on Regeringsgatan in downtown Stockholm (Sweden). With seats for approximately 75, the restaurant serves lunches and dinners with a distinct tinge of the Asiatic while attracting commendations from the culinary columnists. "Classical and robust hot meals at affordable prices " commented Aftonbladet, the evening Swedish newspaper. "Exquisite fancy dishes - worth a visit" wrote Dagens Nyheter, a major national daily. Side by side with the restaurant, yet still separate, lies the night-club, open Wednesdays to Saturdays with enough space for 500 people to mingle in a recognizable club environment with bar, small tables and a stage for performances.

2003 : at last Dr Alban released some new material. Entitled Work Work, his new single was out in the stores in May.

2004 : Dr Alban released a cover of one of his biggest success : Sing Hallelujah Recall 2004, which entered Danish charts at #31.

2006 : Sing Hallelujah was once again covered, this time by Yamboo. It entered the Swedish, Danish and Norwegian Dance Charts. In May, Dr Alban did a tour in Russia, he also appeared in Austria and Denmark with Yamboo. Dr Alban was featured on a new released single : Starclub feat. Dr Alban - Chiki Chiki. He started a collection of men's underwear : Exclusive Fashion from Dr Alban.

Dr Alban rumoured to be one of the wildcards in Melodifestivalen 2007. He confirmed to Swedish newspaper Expressen that he has been in discussions with broadcaster SVT. At the moment though, he's not saying any more than yes, he might make Melodifestivalen the place where he has his come-back. One of his backing singers on his big hit It's My Life, Marie Bergman, had herself represented Sweden in 1994.

Dr Alban is the uncle of Ricarda Wältken, a member of the German group Tic Tac Toe.

2007 : Dr Alban recorded a new single together with Lebanese artist Melissa entitled Habibi. A brand new album called Back To Basics followed. It is sold only on the Internet through his official website.

2008 : Dr Alban and Haddaway recorded together a single entitled I Love The 90s. It was released on May 31st, along with a videoclip. Female vocals were done by Malin Sundström, from the Caramell project.

Dr Alban also recorded a new song entitled Music In Me in April, with Sasi The Don, the Indian king of dancehall music. The song appeared on the Dutch version of the album Back To Basics.

©1998 Dr Records
Thanks to Shimon O'Hana for the charts positions
Thanks to Andrei Dinu, Madenn, Mihai, Mattias, aZo, Stavros aka Musicboy,Vision and Anders Bøgh
Oikotimes