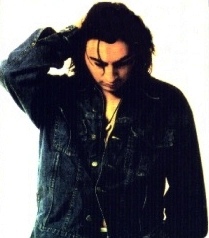 Antonio Carmine Di bartolomeo was born in Wexham park hospital in Slough, near Maidenhead (UK) on April 27th 1964 (and not in Italy in 1967 as sometimes mentioned), from Italian immigrants. He used to be a plumber or a bathroom salesman (depending on sources) before beginning his artistic career. In 1994 he teamed up with the 2 British eurodance producers Adam Blisset and Mark Drayton and he realesed his first single, an euro-trance track entitled The Real Thing which became a hit instantly. It reached #1 in UK, #8 in Israel, #5 in the European official singles chart, #19 in the US chart (which is a huge succes for an Eurodance track). After that he released second single, Do It which arrived #7 in UK, #19 in Israel and #5 in Ireland.

In 1995, he released the single Why Did Ya, which came to n° 17 in Israel, n° 24 in UK and n° 20 in Romania. Then came Turn Your Love Around in 1996 (which was remixed by 2 Brothers team, adding some backing vocals of Des'ray). After that he released his long-awaited album entitled Tony Di Bart which sold 50 000 copies world wide. It contained a CD bonus containing some remixes. Another version of the album was released without the second CD, under the name since of Falling For You.

In 1995 he recorded with Joe Taffi the excellent eurodance Show Me, with a sound reminding a little of Haddaway. The single was co-written by Franco Diaferia, released under the label Circus. The song, in Italo-dance style, reached #1 in Israel, Italy and Spain. Joe Taff's sister is nowadays Tony's wife.

Then he disappeared until 1999 when he released a remix of his huge hit The Real Thing. This year he was back for good with a new single entitled I'll Take You There.

2004 : a cover of The Real Thing was released with different lyrics, under the name of Petrol Boy. Finally, new Tony Di Bart's single was entitled I Live For You and it was at first released in September 2004 under the label Le Bien Et Le Mal. It written by none other than Roby Arduini, R. Marchesini, A. Puntillo, and T. Di Bart himself. It was produced by Roby Arduini & Raf Marchesini. The executive producers were Alex 'Latino' Zullo & Stefano 'Colombo's Touch'. The Doc Phat remixes were done by M. Holzäpfel, P. Reimann, and M. Schulze.

Another cover of The Real Thing was done by the Australian artist Matthew Snowden feat Nico-D, this time in chill-out still. It was featured in the compilation Real Ibiza 2.

2005 : The Real Thing was (once again) covered by DJ David feat Loredana. I Live For You was released in the UK on the 18th June and was out elsewhere in July.

2011 : Jerry Ropero & Ross Paterson feat. Kash did a cover of The Real Thing.

Rumors were spread according to which Tony was nowadays jobless and alcohol-addict. Fortunately, this proved to be wrong : recently he was among the jury of Iver's Got Talent and regularly sings live at Brum club.

Thanks to Trisha, DJ Aaron 'Euromaster', Anders Bøgh, Capitaine, Denis "DJ Hooligan" Zhabkine, and Nico
Thanks to Shimon O'Hana for the charts positions