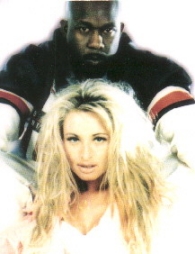 2 Brothers on the 4th floor   (Netherlands)

15/06/2020 : Des'ray, D-rock from 2 Brothers on the 4th floor with Masta Ez recorded a new version of thier hit Never Alone, along with a new videoclip

29/11/2018 : 2 Brothers on the 4th floor will release a 25 anniversary vinyl of Dreams. Release party will take place on January 19th during 90s Now event in Amsterdam (Thanks to Krasi)

2 Brothers on the 4th floor albums

2 Brothers on the 4th floor singles

2 Brothers on the 4th floor remixes

2 Brothers on the 4th floor biography

Dutch brothers Bobby and Martin Boer had been experimenting with music for years in a little bedroom. But then in 1990 things really started to happen for them, the single Can't Help Myselfwas picked up by Dutch radiostations and became an international hit.

After these two singles the project was put on a halt. Martin movedinto a new professional studio and started making remixes under the name Dancability Productions. He made remixes for acts like Becky Bell and Twenty 4 Seven , he also made the Veronica Megamix 1993 for Veronica Radio. In the meanwhile Bobby was busy designing record-covers and CD-inlays.

In 1994 they decided to revive the 2 Brothers on the 4th Floor-project. Bobby joined Martin in his studio and after a while they finished their first track Never Alone. This single was the first to be launched with rapper D-Rock (Renee Philips) and singer Des'ray (Desirée Claudette Manders).

The renewed style and concept got out real fine. Never Alone topped the charts for weeks (Number 1 in Israel) and even got a golden status. The consecutive single was called Dreams, it went right up to the #1 position (#2 in Israel), and Let Me Be Free got a long stay in the national top 10 and peaked # 3 in Israel. In July 1994 the album Dreams hit the shops, it stood in the national album charts for weeks and got very positive reviews.

In 1995 and 1996 the 2 Brothers on the 4th Floor even widened their success with the singles Fly (Trough The Starry Night), Come Take My Hand and happy harcode track Fairytales (inspired from a classical composition by Johann Pachelbel, Canon in D Major). These singles really topped the charts in various European countries and all over the world (Fairytales was #1 in Israel). Some of them were remixed by the Lick project team.

In the end of 1996 they released a single called There's A Key and their second album called 2. The next single to be released was One Day and was a R&B track and not the usual happy hardcore/eurodance style.

The next single to be released was I'm Thinkin' of U. It was also the first single not to be included in any album. In March, 1998 2 Brothers on the 4th Floor released a single, their second from the forthcoming album scheduled for release sometime in the fall of 1998. The single was entitled Do U Know, a mid to low-tempo pop track.

February 5th, they released a new single called Heaven Is Here. They completely updated the sound to the current future trance hype : with that song they stepped into the same progressive music style as Sash!. For the first time, Des'Ray did all the vocals, singing the verses and the chorus. Remixes were done by Olav Basoski, D-Rock and Marco V. & Benjamin.

29th of October 1999 : the follow-up to Heaven Is Here was finally released : Living In Cyberspace was a cover of the hit Living on Video by Trans-X, already covered by Cardenia among others. It reached #28 in the charts.

2000 : before the Summer 2000 they released a single entitled Wonderful Feeling (which peaked #44 in the charts). At the beginning of October, they delivered 2 singles (among them, the long-awaited Shine Like A Star) and the complete third album to CNR/Arcade. Besides a lot of pushing, no one may take a decision about releasing the new singles, because the company was busy at the moment with a co-operation with another company, which was very frustrating for the group and all his fans.

2001 : At the beginning, the name of the new single was Life and it was initailly planned on the 25th of May 2001. Afterwards it was delayed to June or July. Then it turned out to be Stand Up And Live, planned for June, 29th 2001. It was co-produced by G-spott. At first the record was released as "White label" without the artist name. Therefore it was played by several club-DJ's, Radio 3 and ID&T (Radio) and even nominated to the Fresh Top 40 Tip (The most important Clublist). The record was even played a few times on Radio 3. Since the record was going well on its own, everyone may know that it's from 2 Brothers on the 4th Floor. The release date of the album has not been decided yet.

2002 : Des'ray started a solo carreer whereas D-rock was working with E-life.

2004 : The 2 Brothers On The 4th Floor are going to release a best of album and DVD. The release was at first planned to be in November 2004 in Holland. It was finally postponed to March 2005, then to an undefined date...

2006 : on the 13th January, Des'ray and D-rock performed together in a TV show on the Dutch television. They sung one of the 2 Brothers on the 4th Floor hits. Des'ray said that she could not believe how much people still knew their songs and how much their music was still loved.

D-rock and Des'ray are still doing performances in Holland. They are speaking with a record company to make a 2 brothers DVD or maybe a best of CD. Nothing has been confirmed yet.

2007 : on 20th August, they released a single entitled Never Alone 2, hidden behind the acronym 2B4TH, under the label Mostiko. It contained a sample from the original hit, and mixes from Anonymous, Juno and Lethal MG.

2008 : D-rock and Des'ray took part to the concert I Love The 90s - The Party in Hasselt (Belgium), on April 12th. A fake third album entitled III can be found on the web, spread by some Russian fans.

2010 : in May, 2 Brothers on the 4th floor released a new album entitled The Best Of in March, available on iTunes. Shortly after, they released a remixes album in 3 volumes.

2011 : Never Alone as well as a few other 2 Brothers songs featured in the trailer of Dutch movie New Kids Nitro. Quintino & Afrojack used a rap sample from Can't Help Myself in their track Let Me See You Dance.

2013 : 2 Brothers on the 4th floor's hit Dreams was covered by DJane Cassey Doreen

2015 : in May, they released a DJ The Viper remix of their hit Come Take My Hand.

2016 : 2 Brothers on the 4th floor double-CD entitled The Very Best Of, then a 2016 version of their hit Dreams remixed by Louis Bailar and Dimitris Kops


Links to 2 Brothers on the 4th floor

Complete your 2 Brothers on the 4th floor collection


More about 2 Brothers on the 4th floor

Listen to 2 Brothers on the 4th floor on Radio Euro Classic, the eurodance radio

2 Brothers on the 4th floor on PromoClub - Nouveautés Dance