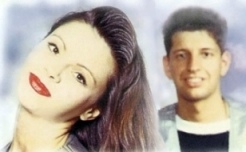 04/05/2016 : EuroDJ did a bootleg remix for Activate's forthcoming single Spotlight.

02/05/2016 : Activate are back with a brand new single entitled S.P.O.T.L.I.T.E. and it is real classic eurodance. It will be out on June 6th, presales will start 1 month before on iTunes (Thanks to Krasi)

The project was established in the year 1993 on a Sunday by 4 German producers and songwriters who called themselves the 'A-TEAM' : Thomas Detert, Mike Griesheimer, Nicole Wetzel and Manfred Poppe.

Their first single to be released was Let The Rhythm Take Control in 1994. It featured the voice of Nicole Wetzel. On the CD maxi sleeve one could read that it was produced by Manfred Poppe and the A-Team. Actually he was only co-author. After the release of this single Manfred Poppe left Activate to produce the project X-Fade (which released the eurodance single Give Me More Of Your Love which unfortunately did not had any success). Nicole also left the project for personal reasons, and Andreas Hoetter and Alexander Stiepler became co-producers of Activate.

The second single was entitled Beat Of The Drum. Activate had to look out for a new vocalist, which became Rachel Rack. She did all the vocals for the album and they had to re-record Let The Rhythm Take Control once again.

The first and only album Visions was released a first time. Then came Save Me in 1994 too (along with the Megamix). Rachel Rack who has performed at the Starlight Express in Bochum returned to LA after the recordings in 1994. So once again they had to look out for a new singer and it became Nanni Zagar. She was Activate's frontgirl 'till the end of the project and she's the girl acting with Mike and Thomas in the Save Me video. As Save Me became a great hit, the album was just re-released with a new sleeve design, showing Nanni, Mike and Thomas.

Then followed in 1995 the hits I Say What I Want and Tell Me (with bonustrack Daydreamer). The track Rhythm And Drums was actually never released as single.

In the whole, Activate sold 400.000 units and had been on tour with all the big names of that period like Masterboy, DJ Bobo, Twenty 4 Seven, Dr. Alban... In the end of 1995, Mike and Thomas decided to start their own company "Activate music productions" and "Activate music publishing". Then they decided to give up Activate and to establish the 666 project. The debut-single from 666 Alarma was a remake of the Activate-song with the same name.

Another single was released, entitled Fall In Love With You. It was released by the records company Dance Street without even asking the original perfomers and songwriters. It was written/produced by Hoetter & Stiepel. The track was not featured in the album. The single featured the voice of Helen Smith aka Kristin and it flopped.

Andreas Hoetter is still working in the music business, but Alexander Stiepel got lost by his former collegues.

2012 : Activate plan to release a digital Lost & Found EP on June 1st with 3 previously unreleased tracks : Heart (Gimme More), Mister Moon and Mister Sun, and Dial My Number. They also included the rare 1996 version of Let The Rhythm Take Control, with original vocals from Nicole Wetzel and a new rap by MC Eduardo

2016 : Activate were back with a brand new single entitled Spotlight, a real classic eurodance song.

Listen to Activate on Radio Euro Classic, the eurodance radio