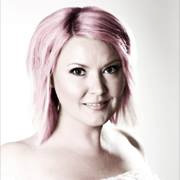 02/12/2018 : Smile.dk will release a anniversary eidition of their hit Butterfly on December 8th.

08/11/2015 : Smile-dk organize a remix contest : create an original remix for one of their 3 songs Butterfly, Boys or Our Little Corner and it could be included on the new album Forever. Contest end on November 30th.

27/10/2015 : Veronica from Smile.dk announced that a new album entitled Forever was planned for end 2015, followed by a club tour in China (thanks to Igor)

Smile started as a duet of Nina Boquist (the brunette) and Veronica Larsson (the blonde). Veronica started singing and dancing since a very young age and actually she had her first international release in Japan back in 1995 as a member of the Swedish eurodance group Look Twice where Veronica was lead singer.

Their songs were composed and written by Robin Rex and Robert Uhlmann, produced by Mik Christensen. They had a lot of success in Japan and many of their song were featured on Dancemania and DDR compilations.

Their second album Future Girls showed they were able to recapture the energy from their first album and improve on it for this outing. Afterwards, the group was renamed as Smile.DK and Nina was replaced by a new singer called Malin. She had been singing and dancing since she was 5 years old and has lately been doing backing vocals for many famous Swedish musicians. She is described as a smily and very happy girl. Malin already knew Veronica since 1994 and they were very good friends.

A sort of Best Of album was released in 2001 in Japan, under the group's new name.

Golden Sky was the title of the third album. A strong follow-up to the two predecessors that sold more than 600.000 units altogether. Golden Sky contained 11 tracks, including a special Japanese bonus track. The tracks emphasized Smile's mission : to entertain and create smiles and happiness, accomplished through catchy melodies spiced with cute and funny lyrics. Smile managed to create many moods and scenarios through their music. Ranging from up-tempo to tender sensitivity in ballads. And of course the tracks is bound together by the beautiful voices of Malin and Veronica.

The producers behind the album were Robert Uhlmann, Dreamworld and Hatmann & Langhoff - a collection of the best producers of the famous Scandinavian dance pop music scene.

2008 : Smile are back with a brand new single called Doki Doki. "Doki Doki" is a Japanese term that describes the beat of a heart when someone gets nervous or embarrassed... The single will released many remixes and a bonus track.

They got signed under a new record label, and got new producers (Mr Jay aka Mezzo) and a new member too. Due to personal matters, Malin had to leave the group. She nowadays lives in Stockholm. After her departure, Veronica asked a fellow recording partner, Hanna, 21, to join her in the studio. Hanna used to work with Pandora as a background vocalist in studio and on stage.

The project announced plans for 2 albums coming out, and several US performances. The first album would contain brand new song, and second one would include '08 versions of the previous hits. They will appear in August at the San-Japan convention is San Antonio, Texas (USA) and in 2009 at the Sakura anime convention in Seattle.

In June, the title of the forthcoming new album was revealed : will be entitled Party Around The World. It will include over 10 brand new original tracks and special bonuses. Premiering on sale in August 2008 at San-Japan convention.

Veronica Larsson is also working on some solo projects (such as Skyrockerz) under the name Weronica.

2009 : the album track Koko Soko was featured in Konami's famous game Dance Dance Revolution X. Smile-Dk's next single was a remixed version of their hit Butterfly.

2010 : Hanna left Smile-dk project, being replaced by Cecilia. The new team is currently working on a new album.

2013 : Veronica announced that she would keep on fronting Smile.dk as only member of the project and that a new album was on its way

2015: a new album entitled Forever was planned for end 2015, along with a new single called Our Little Corner and a club tour in China