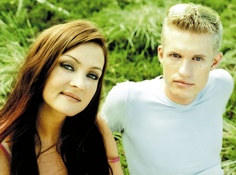 21/07/2010 : Engelina , DJ Encore's former vocalist, is working on a new single with Poster Child, a pop rock band from New York (Thanks to Tavi Meran)

02/12/2009 : Engelina (former DJ Encore vocalist) formed a band with 2 other artists. She annonced on her Myspace that she was currently working on new material with them. She is not providing any more info concerning the style or any release date yet. (Thanks to Eurodance Blog)

05/10/2009 : Engelina, former DJ Encore vocalist, recorded a single called Do you feel, a collaboration with Funkstar Deluxe. It will be soon released on iTunes (thanks to eurodance blog)

15/02/2008 : DJ Encore and Charlie were unfortunately not selected either to represent Denmark at Eurovision Sound Contest 2008 (thanks to Anders Bøgh).

31/01/2008 : The DJ Encore written song Den Jeg Er went on to the final in the Danish Eurovision Song Contest. It's a 80's inspired rock song with DJ Encore on keyboard and guitar. The final can be seen on danish station DR1 on February 2nd at 20:00 (thanks to Anders Bøgh).

DJ Encore (encore means "again" in French) is a eurodance producer who was born in 1979 in Copenhagen (Denmark) and now lives in Germany. His real name is Andreas Hemmeth. His first single was released on March 2001 and it was titled I See Right Through To You, a great eurodance hit featuring the Danish born female vocalist Engelina. It was a first written for the real-TV show Big Brother. The single reached #1 in Finland #4 in Norway and entered top 30 in Sweden. After he saw the great success DJ Encore decided to go on releasing eurodance hits and his new single out this week in Europe was similar to the previous and also featuring Engelina. It is called Walking In The Sky. The single entered directly to # 5 in Finland on first week and # 1 in both dance charts of Norway and Sweden.

Their album Intuition was released back in October 1st, 2001. Fans of full-throttle eurotrance sound will enjoy this offering very much.

DJ Encore released the single High On Life in November 2001, which became #12 on the danish dancechart. Then came the single You've Got A Way which also became a hit in Denmark in 2002.

They split up in mid 2002, and Engelina became a member of the girl pop trio Sha Li Mar. In 2003 DJ Encore released a track under the name of Saphire called There's Someone Watching. It was once again a track for the danish version of the TV-show Big Brother. This time he had Linnea Handberg-Lund on vocals, and the sound reminded a lot the times of DJ Encore.

2005 : DJ Encore is back with a new single called You Can Walk on Water. The featured vocalist is the Swedish singer Johanna Stedt. The song is a cover of the danish danceact Catch's big hit Walk On Water. Actually, Andreas had co-written the original song with Catch.

2007 : he released the single You Can Walk On Water in the US. A new album called Unique was released in the US in May 2007. "I think the songs are fantastic, and I have a new vocalist to sing them. Her name is Johanna, she is from Sweden, and she has a beautiful voice. Can not wait for you to hear it!" says DJ Encore.

2008 : DJ Encore wrote a song entitled Den Jeg Er for an artist called Charlie, competing at the Danish preselections for Eurovision Song Contest. It's a 80's inspired rock song with DJ Encore on keyboard and guitar. The song was selected for the final broadcasted on Danish station DR1 on February 2nd, but it did not win.