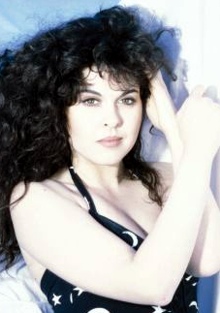 Majuri's real name is Loredana Maiuri. She was born in Tivoli, near Roma. She currently sings in the Italian TV program Sarabanda.

2004 : Loredana released a new song called Isolation. It was featured on the compilation Good Music (label : Idyllium), and Spot Grammy.

2007 : Loredana's new single is called Shock Me. This collaboration with Cincinnati was out in September on Molto Records.

2008 : Majuri did vocals on Andrea Carissimi's Can't Wait Another Day. Under the name Lory Maiuri, she also collaborated with Amnesia on the single Look Into My Eyes.

2009 : Majuri was featured on Floorphilla's single Star. The then did vocals on Kris Reen 's single Lift Me Up. She contributed to Second Life's A Second Chance.

2010 : In February she appears on D.O.N.S. first album Design on Sound with the single I can Fly. In April, she visited I'm The One, a single of Andrea Tarsia, produced By Gabry Ponte & Sergio D'angelo. In May, she did a collaboration with the internationally recognized duo Promise Land for the single Push The Feeling On. In June, she was the voice of The Sense Of Life with French producer Lucas Reyes. In October, she took par to the single Deep In My Soul with Tom Novy & Jerry Ropero.

2011 : among her collaborations and featurings, she took part to Kim & Matteo Mascioli Do U Feel The Same, Gemini Station So Free, Novy Freakxx & Strobe - Hiding From The Sun, Paul Cutie & Silvano Del Gado I Got A Feeling, Andrea Tarsia Make It Real, St. Toon Project E La Luna Busso... She also recorded a cover of Last Night A DJ Saved My Life with Ducci.

2012 : Majuri was featured (among others) on Andrea Marchesini's single Free Your Love, on SL Curtiz & Domovnik's To The Sky, Andrea Ferrini's Dancing On The Clouds, Soulbeats' Supernatural, Stereo Frames' Feel Your Lovin, Joseph Sinatra vs Matteo Petrone Heaven, and Fuzzy Hair Keep Your Dream Alive.

2013 : Majuri wrote a song for Romanian singer eCaterina in collaboration with Dj Brizi and Dj Nick Daniel entitled I Need You. She also recorded vocals for Fratty & Nicola Belli's upcoming single. She was featured on SandMan' What a Feeling and on Michael Salamon's Club Lonely. She worked on a single with DJ Hakan Kabil. She co-wrote lyrics and did backing vocals on Andrea Paci with Barbara Tucker Free to be Loved. She was featured on DKS' new single, a rework of one of the most successful song by Prince, to be released on EGO

Thanks to Alex Sullivan, Gianni, Alessio Primavesi and Loredana Maiuri