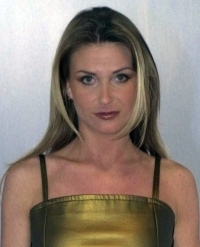 24/06/2017 : Zippora was featured by Eduardo Delvino, DJ Philip and DJ Franco's on single Paradise. It was recorded in Nanouchi Music Studio Mol in May for Beachland 2017 event.

16/11/2011 : Zippora teamed up with Sammy Merayah and Geert Thirry on the dubstep project Sephora 13. Single is entitled You Don't Know.

11/07/2010 : Discover the video that Zippora shot for her single Lotus Eater reloaded

Zippora is an eurotrance project in the style of Milk Inc, Lasgo etc. Zippora is not just the name of the group but also the name of the singer : Zippora De Brauwer. Her name means "songbird". She was born on July 28th 1977 and she has been doing a lot of things : ballet, backing vocals and dancing in clubs like the Zillion. She recently started her own dance-act, just named Zippora. The first single 4 Ever U was made with the help of Eddy Weyns and Pieter-Jan Verachtert (known from the D-Devils). The next single Lotus Eater produced by Eddy Weyns and DJ Philip Meers is simply a superb melodic trance song that went straight to #1 in the official Belgian Ultratop dance charts. The third single What About You (also by the hand of Eddy and Philip) has been released in the first quarter of 2001...

The fourth single See The Sun was released in April 2002. It was followed by Time Has Stood Still in September.

2006 : Zippora is now member of the project JAM, along with Serge Ramaekers and Jeff Martens. Just Be Yourself is doing well in the Dutch charts. The second single Keep On Movin is ready.

2009 : Zippora took part to the "I love the 90's" show on 11th & 12th April in Belgium. She performed with "Pat Krimson & Friends" at the Ethias Arena in Hasselt. She teamed up with Sir-G, Laurent Wery and Carlos Meire and announced that they were working on "a totally new sound and feel". The videoclip for her new single was shot in Antwerp on August 22nd. In November, Zippora's new single What about our future was released.

2010 : in June, Zippora released Lotus Eater reloaded, 14 mixes sold as a digital album only, along with a video. In October, she was featured on Nils van Zandt VS Sergio Silvano's single Never Again

2011 : in August, Zippora was in studio with 2dirty (the Dutch DJs Jochem & G-Roam) to record some new tracks.

2013 : Zippora was featured on Teka B's single Live Before You Die.