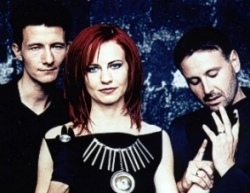 03/07/2020 : X-Perience will release a news version of their hit A Neverending Dream

23/04/2020 : Discover the lyrics video for X-Perience' new single Dream A Dream. They unveiled the release dates of their next records : single I feel Like You 555 will be out on May 15th and album 555 will hit the stores in August 21st

23/02/2020 : X-Perience shot a videoclip for their forthcoming single and did a photo shooting in Teneriffa

The German dancepop group X-Perience includes singer Claudia Uhle and composers Mathias Uhle (born 17/3/1973, 1,86 m) and Alex Kaiser (born 7/4/1973, 1,80 m). Alex learned to play guitar at the age of 6, for the present he refuses to use it. Matthias tries to persuade him to, at least, bring the guitar to the concerts. Alex spends most of his sparetime calling friends and hanging around 'der Strippe' for hours. His favourite words are: 'I like to call you back'. Often Alex enjoys himself with the comedian-duo Badesalz. Matthias Uhle (keyboard, lyrics) loves so sit by his keyboard and make new genious sounds. Claudia and Alex describes Matthias as a hunter and collector. He always looking for new sounds and his apartment looks like a big magazine- and recordarchive.

Matthias and Alex were school mates and they established the band in 1995. Although they didn't have a contract with any record company, they decided to produce and make a single-CD entitled Circles Of Love, which was released as author's edition under the label World of Enigation. It became however, so popular (soon after the song was played on the Berlin-Branderburger radiostation Fritz, the song stormed into the top 5 charts, and stayed there for over 20 weeks) that X-Perience got a record deal with WEA Records. Surprised with the success, X-Perience released a few remixes of Circles of Love. In May 1996 they earned yet another success when Circles of Love placed 72 on the Media-Control-Charts.

During that time X-Perience was of course not inactive, besides a Club-Tour Alex and Matthias worked on new songs. In November 1997 they released their debut album Magic Fields which sold sold 50.000 copies in Germany and went platinum in Finland. From this album was released the single A Neverending Dream which sold over 250 000 copies in Germany (and followed by a remixes CD). The follow-ups were Magic Fields (on the 31rd of January 1997, then a remixes CD was released) and Mirror on the 9th of June 1997.

On the 22nd September 1997 a single called I Don't Care was released. It was the first single from their 2nd forthcoming album. A CD featuring some remixes was released the 10th of November.

On the 10th of October the X-Perience team was invited on Viva Interactiv TV and the 1st of November on Tigerentenclub (ARD). The second album Take Me Home was released on the 17th of November 1997. It included a cover of Bon Jovi's song Keep the faith. At the end of November, the group started a 2 months tour through Germany, visiting all the great radio-stations. This was followed by a promo-Tour in Hungary, Poland and Finnland in February 1998.

After a one-week delay, on 23th February the single Game of Love was released. The video was shot in January 22th in Berlin, in a bar where Claudia, Matthias and Alex are waiters. The 19th March the group was interviewed on Sat 1. In May X-Perience took part to the project 'Stars for children' with several other groups such as Mr. President , Fools Garden or DJ Bobo . The CD released was entitled Beautiful Day and was sold to the benefit of the foundation Deutschen Kinderhilfswerks. On the 10th of May they appeared in Energy Hafenfest in Hamburg.

June 1998: We are what we are was first thought as the forthcoming single. But since the X-Perience team was be busy on their new Tour, the release of a new single was postponed to the following Autumn. They also talked about a third album for the beginning of 1999, 'a typical XP album'. In August 5 songs were already recorded. For the whole year 1998 X-Perience did more than 50 live shows. With 30 others German artists and groups, X-Perience took part to the 'Rosebud Red' Project of the europäischen Kulturhauptstadt 1999 im Bereich Rock und Pop.

1999 : the next single was supposed to be Journey Of Life. The videos were shot in July, and the release was set in 8th of September. But in August the production company announced that the release would be postponed. Journey of Life was only available as a promotion Release in September 1999, under their new label Polydor. On the 31st December X-Perience had a live appearance on TV in the broadcast 'Hier ab vier' on MDR. In 1999 they did 14 live appearances in many German cities (Leipzig, Frankfurt, Berlin...)

March 2000 : almost all the songs of the next album were ready and the first single was planned for May. The group had a live show on the Wave-Treffen in Leipzig on the 10th of June 2000. 9 July 2000 : X-Perience will release their new single at the end of September. The title changed once again, it would be Island Of Dreams and it had been chosen to be the opening theme of the new TV-Adventure-Show 'Expedition Robinson' (also known as Survivor) on RTL-2.

2002 : X-Perience new single should be called It's A Sin and it was planned for release on November 4th.

2003 : A Neverending Dream was covered by the project Mythos & Watergate.

In July, a single entitled Werde Kinderstar / Du Bist Der Star was released in Germany. It used the melody of the song Fireowrks. The song was used for a children casting in Nordrhein-Westfalen by the Ladage Medi GmbH company. The winner of the casting could sing the song together with X-Perience. All the other children who had taken part to the competition contributed to the choirs.

The following month, they produced the track Joining Together, exclusively for the electronic company Böllhoff. The song was only available on this special release. They had also written another track, Million Miles, which was finally not chosen.

2005 : Angelzoom's second single was released in January. It featured the voice of Joachim Witt.

Meanwhile, X-Perience kept on working on new tracks for a future new album. Among them, new tracks such as the dance song Dragonfly or the track Fireworks which had already be presented to fans during live festivals, the trancy track Dream Of Love or the power-hymn Let Me Show You. Some other songs were already written in 2003, to find now finally their way to the fans. For instance, Cruising Wild , including a powerful beat and Claudia's angelic voice, or Million Miles, an experimental track associating a hypnotic tempo to a calm and dreamy atmosphere.

As for the song Return To Paradise, it told the story of a diver, who discovers a strange world under water. It is characterized by an unusual melody, Claudia's voice and sad lyrics written by Alex Kaiser.

2006 : their hit A Neverending Dream was covered by the project Cascada. The song Let Me Show You was featured on a sampler-compilation called Elektrisch vol.1 released in March 2006

The team is currently in studio busy recording new songs. 2 new tracks were presented : Deeper Than Deep und I Feel Like You. X-Perience signed under the label Major Records. The new album, temporarily entitled X was planned for October.

In August, the titles of the new single and album were revealed : Return To Paradise was the name of the 5-track-single.

Return To Paradise was released on October 27th, 2006 in Germany. It entered the German Charts at #57 in November.

The new album Lost In Paradise was released on November 10th, 2006. In contained ten completely new tracks, for instance a duet with Midge Ure (Ultravox, Visage), and three bonus-tracks (remixes of Circles Of Love, A Neverending Dream and Magic Fields).

X-perience will release their new single Personal Heaven in March of 2007. The next single was entitled I Feel Like You. Claudia announced that she will leave the project in 2008. The next album should feature a new vocalist. The casting began on the official website...

2009 : X-Perience's new vocalist name was revealed : she is called Manja Wagner and she is red-haired too. The team is currently back in studio working at the new single, maybe Strong (Since You're Gone), that should be out this Autumn.

2011 : X-Perience announced on their official website that they would release their fifth album in 2011 with a new album.

Listen to X-Perience on Radio Euro Classic, the eurodance radio