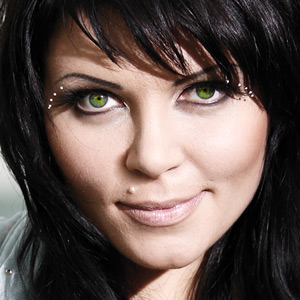 Svetlana Aleksandrovna Koltunova (born May 28, 1980, Rostov-on-Don, USSR), better known as simply Sveta is a Russian singer. She studied at two music schools: vocals and pianoforte. She graduated from the Rostov School of Arts, and later at the St. Petersburg State University of Culture and Arts .

Svetlana herself writes poetry for her songs. The singer toured extensively, including abroad.She writes music and lyrics by herself. Her music is a mix of pop, synth-pop, pop-rock , house and dance music.

In 1998, Sveta met the musicians Sergei Pimenov and Alexander Polyakov (group PPK). The result of their joint collaboration was the debut album Lyubov (Любовь - Love), which brought her popularity. Album sales exceeded all expectations. Her first album was released in 1999, reissued in 2000 with a different cover.

The second album Drugoï Album (Другой АLьбом) contained the track Zerkalo (зеркало - Mirrors) a song she wrote when she was 16 years old. On this album, there were some songs from the first album, new tracks and remixes. The presentation of this album took place in the singer's hometown.

In 2001, release of album Drugaya (Другая - the other one). In August the same year, came the single Shto mne delat' (Что мне делать - What should I do). In September 2002, the second single from this album : Leti za oblaka (Лети за облака - Flying to the clouds).

The popularity of Sveta grew: the Sports Palace of Rostov-on-Don, where the concert was held, couldn't even accommodate all visitors. In the summer of 2002, Sveta released a new CD called Vernis, Moya Lyubov ! (Вернись, моя любовь - Come back my love). DJ Gruvi and Vyacheslav Tyurin took part in the creation of this CD.

Between tours, Sveta wrote songs for the new album Samyi Nezhnyi (Самый нежный - The most delicate), which was released on February 14, 2003. This album was more a ballad CD. The same year, a compilation CD Zerkala. Izbrannoye (Зеркала. Избранное - Mirrors, my favourites) was also released.

On May 28, 2004 Sveta's new album Где найти любовь (Where to find love?) was released. A pretty good dance album... On May 1, 2005, the album Не надо больше (No more is needed) was released. This album differs from the previous ones in a more electronic, experimental sound. The album was re-released in the same year with the addition of two songs.

In February 2009, records company Mystery of Sound released a new Sveta album : Serdtse Moye (Сердце моё - My heart). Album included both completely new works, as well as remixes previous hits. The same year, Sveta received the Golden Gramophone Award for the song Serdtse Moye. She released the DVD of her concert in Luzhniki Stadium in Moscow.

2010 : she released a best of entitled Luchsheye (Лучшее - The Best)

Svetlana married Michael Teplitsky (aka DJ Jump). They have three children : Nikita, a son from the first marriage (2001), a daughter called Diana (2009) and a son named Yaroslav (born in 2012).

2016 : Sveta shot the videoclip for her new single Paru Raz on the French Riviera. On July 14th, 2016, she was on Promenade des Anglais four minutes before the terrorist attack in Nice, France.