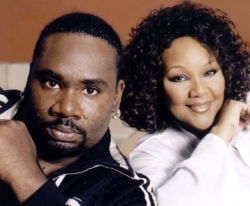 14/11/2019 : Snap's anthem Rhythm Is A Dancer was covered by Mandee feat. Maria Mathea and by Chillymouse.

17/06/2019 : Snap stage rapper Jesse aka JL contributed to Let's Make History along with Alec Di Largo and Tim Gläser. He also recently published the video of a new rap song entitled Wake Up featuring Dennis Thomas (Thanks to Eurodance Magazine)

21/10/2016 : Snap current rapper Jesse Kolb will be candidate at The Voice of Germany. New season starts from October 20th.

11/06/2016 : Damon Paul brings back his cover of Snap's classic Rhythm Is A Dancer with a 2k16 flavor, still featuring Tony T. Video was directed by Sascha Reich (Clipkid films).

03/11/2014 : A few days ago, Damon Paul released a cover of Snap's classic Rhythm Is a Dancer, featuring Simone Mangiapane.

Snap began with the many pseudonyms used by the two Frankfurt based producers and composers, Michael Muenzing and Luca Anzilotti. As DJ's they were only too aware of the preconceived notions about German productions and decided to list themselves in the credits of Snap's first album as Benito Benites and John Virgo Garrett III. The mystery continued with the comings and goings of the singers who occupied the stage

With their dancefloor anthem The Power the name Snap became, practically, overnight, the world-wide trademark for top class dance music. The record was first released on the Wild Pitch Records label in America with the credit "Power Jam featuring Chill Rob G". Chill Rob G was among the many artists sampled on the record.However, after the first 30,000 sales, problems with Chill began to manifest themselves and they sought a replacement. This is how Turbo B became Snap's rapper. Jackie Harris (it is said that Turbo B met her at a concert when she was working for Moses P, according to others she was Turbo's cousin) was credited for providing "guide" vocals, and appeared in interviews. Penny Ford was the other vocalist of the group. Snap version of The Power included a sample taken from Jocelyn Brown's single Love's Gonna Get You without authorization. It also sampled King Of The Beats by Mantronix and opened with a somewhat enigmatic line in Russian talking about Personal Companion device.

Snap were described as unconventional musical trailblazers, and soon become one of the most internationally successful German pop acts in history. Who or what Snap really were seemed to be a secret for the chosen few ! Snap themselves, whether consciously or not, helped fan the mystery.

Snap's fame was strengthened by the succession of hits that followed  Oops Up (inspired from The Gap Band's funk anthem), Cult Of Snap and Mary Had A Little Boy, which was covered by Stax.

Their debut album, World Power, was released in May 1990 went on to become one of dance music's few mega-sellers. Almost 30 years later, Janice Robinson (Livin' Joy)revealed that she toured with the project as vocalist during year 1991.

The second album, The Madman's Return was out in 1992 and produced another #1 smash with Rhythm Is A Dancer. Featuring the voice of Thea Austin, inspired from the melody of Newcleus - Automan, it was the second most sold single in France for the year 1992. Strangely, at the beginning, it was not chosen to become a single. Turbo B did not like it, so Colour Of Love was released instead, and flopped. Eventually Rhythm Is A Dancer was released without Turbo's agreement. This may be one of the reason why the collaboration with Turbo ended.

One year after, the follow-ups Exterminate, then Do You See The Light, featuring Niki Harris, were released. They did not include any male rap. Niki had sung with Madonna for 7 years, she was introduced to Snap's producers via Penny Ford. Exterminate became another million-seller.

With Welcome To Tomorrow the story continued. The first single and title track, reached the charts back in October and the second, The First The Last Eternity was released in March. The next single to be lifted from the album is to be The World In My Hands, once again featuring Summer (Paula Brown) on the vocals and supported by an amazing new futuristic video due to be debuted during late August around Europe.

Then followed the oriental-like single Rame which was sung by  Rukmani. It did not have that much success. The Power '96 was recorded with Einstein. All the recent videos were made in-house by the producers themselves and shot using the creative talents of their long-time collaborator Angel as director.

2000 : After some years of silence, Snap was back with a new single Gimme A Thrill. Turbo B was back back too, with a new female vocalist named Maxayn. She previously worked with stars like Tina Turner, Michael Bolton, Cher or Whitney Houston. The video was shot in Mexico.

2003 : and the cover releases continue... They released a new remake of their anthem The Power. It is called The Power Of Bhangra. They were said to be recording a new album with Turbo B.

In July they released a remixes compilation called Cult Of Snap 1990 - 2003. The first CD contained remixes (by well-knows DJs and remixers such as DJ Tomekk, Tom Novy, Fragma, Xavier Naidoo etc) and the second CD contained the original versions. On the Danish version of the album, CD1 has a 16th track, wich is Infernal vs Snap The Cult of Noise.

2004 : in January, Snap featuring the 4 girls of NG3 appeared live at the German winter show Apres-Ski Hits 2004. They sung their current single Ooops Up 2003.

Snap's biggest hit The Power was used for the latest T-online ad campaign. It appeared previously on the soundtrack of the movie Bruce Almighty.

Infernal vs. Snap! Cult of Noise reached highest position #9 in the Danish Charts. Released on the 29th of March, it included mixes by Infernal and Roy Malone, as well as mixes by the two Rmx Contest winners Chris Korte and Michael Bruder. The names of all participants in the contest had been printed onto the inner sleeve.

2005 : Benito Benites and John VIRGO Garrett III spent the summer in Los Angeles and New York recording tracks for the new album which was planned to be released in 2005. They met Sarah J. and Loc in Los Angeles and decided to record with them the forthcoming album. The new single is called Shake That Ass which was spontaneously recorded on the last studio day in New York with Loc and the Jettsonz who are the producer team behind Nina Sky (Move your Body).

Meanwhile, everytime a TV appearance was needed, Thea kept on performing on Rhythm Is A Dancer, while Turbo B along with Ouided Khachnaoui (who had been vocalist for the Garcia project), or sometimes Penny Ford, appeared on The Power.

August : the album was finished and the chosen new single was finally entitled Beauty Queen. It featured Loc the new singer, who recorded the song in New York earlier this year. It was released on vinyl on the 15th of August. The 12" club mix of Beauty Queen was backed by a Richard Grey remix as well as The Power of Shanghai, again a new remix of The Power by Snap vs Motivo. Another remix was done by Mark Spoon.

2006 : in January the video of Beauty Queen was released. The brand new album should be entitled We Want Your Soul and it was at first planned for release during Spring. But nothing came out yet...

The next single to be released was entitled Excited, featuring a female vocalist (Sarah Martin). A promo vinyl was released on the 26th July. The same day, another promo vinyl, this time containing 2 songs, We Want Your Soul (based on a Clash London Calling sample) and Shake That (which contained a musical sample of Jean-Michel Jarre), was also released.

Excited was finally released as vinyl in December.

2008 : Snap will be among the projects featured on the All 90s concert in Copenhagen on 31st May. In September, a new single entitled Jumping, performed by Sarah Martin and Loc, was released.

2009 : in March, I Got The Power sample was used by Big Ali feat. Dollarman on their single Hit The Floor. Niki Harris released a duet with Perry Twins entitled Bad, Bad Boys, on 24th March.

During summer, they released a promo EP with 5 new versions of their biggest hits. Vitamin T did a remake of Snap! hit Rhythm Is A Dancer, released under Lab records. In September they released a new club remix to the song Exterminate made by DJ Tom Novy.

2010 : Snap is currently represented on stage by Penny Ford and the new rap artist Benjamin Lowe. Like almost every year, Snap are releasing new remixes of their hit Rhythm Is A Dancer. Entitled Rhythm Is A Dancer Remixes 2010, it will also include the original version.

2011 : Romanian singer Anda Adam recorded her own version of Colour Of Love.

2014 : Damon Paul released a cover of Snap's classic Rhythm Is a Dancer, featuring Simone Mangiapane. Snap is currently fronted by Penny Ford who tours with singer/rapper Jesse Kolb aka JL.

Listen to Snap on Radio Euro Classic, the eurodance radio