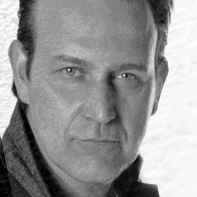 09/01/2017 : Tony Costa remixed Ryan Paris's song You're My Life, from his album of the same name released last summer.

08/07/2016 : Ryan Paris will release a limited vinyl edition entitled You are My Life, including his current 2k16 version of Dolce Vita vs Doctor Vintage.

30/04/2015 : Ryan Paris will release a numbered limited edition vinyl entitled Together Again on June 10th. It will include song Light In The Dark as well as 2 new songs. You can still vote for Light In The Dark on Topnuevostalentos radio.

Born into a family of artists (his father was a successful painter and sculptor, his grandfather was a lyrical singer), Ryan already had the music in his veins when he was still a child. Especially inspired and encouraged by his grandfather, who taught him everything about classical operas, he decided to study music after having finished college. In the early 80's, he made his first movie experiences as well, when acting in little rolls in famous films such as Once Upon a Time in America by Sergio Leone with Robert de Niro and La Bella Otero with Angela Molina.

But feeling more attached to music he gathered same friends tagether to form a band, a New Wave Group, which even qualified for the Italian rock festival at the time, but which then split up when same members had to join the army. Finally in 1983, Ryan had his break-through, when working with his first producer, Pierluigi Giombini, and achieved worldwide success : his single Dolce Vita sold more than 5 million records worldwide and went straight up to No.1 in all charts.

For Dolce Vita, Ryan received 12 gold, 2 silver and 2 platinum records. The BBC London produced a video clip of Dolce Vita in Paris. This huge success made Ryan Paris a most sought after artist and he was invited ta perform in all major European lV-Shows such as Top Of The Pops (United Kingdom), Champs Elysees (France), Popcorn (Italy) and Formel Eins (Germany). Following the success of his first single, Ryan released Fall In Love in 1984, which sold 180.000 units - in France on I y - and reached No.7 in Spain. Shortly after this, he released the album Ryan Paris featuring the single Paris On My Mind which again - was a major hit in Italy and France.

When touring through the USA, in 1986, Ryan Paris took part to the Pop Festival in Portland, and played in jam session together with legendary Al Jarreau and Stanley Clarke. While living in Amsterdam, in 1989, Ryan co-produced a remix of 'Dolce Vita', together with Ben Liebrand, the farnaus DJ and producer (Holiday Rap, In The Air Tonight). Dolce Vita Uptown Sk'ouse Mix went Top 10 in the Netherlands. The English magazine Face honoured hirn with best reviews and a substantial article. In the following years, he released several other tracks such as OnIy 4 U which became #1 in the Italian Radio Charts, And The Beat Goes (featuring Brenda Dee) in 1991 and It's My Life (featuring the voice of Franca Morgano) in 1996 which became big as weIl, especially in Eastern Europe. He worked with producers like Frank Peterson (coproducer of Enigma) and Christoph Seipel (No Mercy, La Bouche, Boney M) and even composed and co-produced songs for Coca-Cola commercials.

Having been one of the major stars in the 80’s, Ryan’s activities and ambitions are far from having come to an end. Besides working on remixes of his biggest hits and producing new songs for himself and other artists, he keeps performing in TV-Shows and on stage all over Europe.