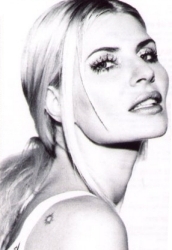 16/10/2009 : Romy and Marion (former 2 Unlimited) confirmed that they are planning not only a single (for January) but also an album (thanks to the 2 Unlimited official French fansite).

12/10/2009 : Romy and Marion, who fronted 2 Unlimited after Ray & Anita's departure, are back too ! Watch a report about them here (thanks to 2 Unlimited official fansite)

01/07/2009 : Romy (former 2 Unlimited vocalist) has her official website. She is now a moderator in short promotional programs for TV (thanks to eurodance blog).

Romy van Ooijen was born on the 18th of November 1968 in Amsterdam. After her HAVO diploma, she went to an Art Academy, she took lessons in a Conservatory and also theater lessons in Amsterdam University.

In 1991 she started working as a model for some TV commercials. She also took part to the coverband Voice 2 Voice. With Adam Curry, she also contributed to the program Gossip on Veronica radio.

Her first singles solo (released under Ray Slijngaard 's label) had not much success. She also contributed to the videoclip of the American rock group Chicago and appeared in Double Vision's videoclip for their single Allright.

She became between 1997 and 1999 one of 2 Unlimited new female vocalists (the blond one), joining Marjon van Iwaarden. She then left 2 Unlimited to pursue a solo carreer. Romy has already got several offers from (Dutch) recordcompanies to record solomaterial. The direction she will be heading in is pop/R&B and she is going to write her own songs, which she wasn't allowed in 2 Unlimited.

In the interview she gave, she stated that she had too little artistic freedom and she didn't like the way things were going. Romy expected more of it, like writing lyrics for 2 Unlimited, just like Ray & Anita did... And although she was promised that she could write songs in the near future, they have never kept their word and would probably never keep it. So she was put in a 'take it or leave it' situation... and she chose to leave. She said she should have known that a Belgian recordcompany works totally different than a Dutch recordcompany. What the difference is according to her? "The Belgians are supposedly more dominant. They tell you how they want it and that's the way it's going to be... You just have to do as they tell you. The Dutch are different... They just want to have a lot of fun and make good music. They listen to what other people have to say and they take your opinion into account."

She was said to be working on a solo album with Audio Chapel. She recorded a track called No Honey at Teejay Studio Amsterdam.

2004 : she was featured by DJ Cor Fijneman on his single Don't Break My Heart.

2005 : her voice was once again featured on Cor Fijneman's track I Need Someone on his album Monologue.

2009 : she is now known as Romy Snoeijers. She played in TV ads (for Whiskas, Honig, Heineken, Canon), and also works as a moderator in short promotional programs for TV. In October, she and Marion announced officially that they were joining again, and that they were working on a new single that could be followed by an album. In December, the name of the forthcoming single was revealed, it would be entitled I Said Yes.

2010 : the presentation of Two's single was initially planned to March, but it was postponed because Marjon had to undergo a surgery for a cancer. Then, Romy have birth to twins in Spain where she currently lives with her family.

Listen to Romy on Radio Euro Classic, the eurodance radio