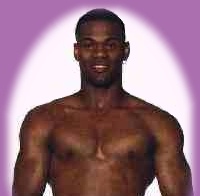 22/07/2017 : Collaboration of former E-rotic member Raz-ma-Taz and Pappa Bear Hot In Here could be finally released on August 30th.

06/10/2014 : Ras-ma-Taz teamed with Pappa Bear to record single Hot In Here under the name Pappa.Ras.See. It premiered in Wiesnclub in Munich, Germany.

29/07/2014 : Raz-ma-Taz (former E-rotic rapper) produces young rapper Max Never who is about to release his first single Born in the 90s.

17/07/2012 : Ras MaTaz (E-rotic) recorded a new single entitled Boom I Got Your Girlfriend, to be released in Germany in September under project name Dirty South Squad. This is a collaboration with Tyree Smith aka T-Dog, produced by Swiss eurodance producer Domenico Livrano. A videoclip is planned too... Your help is needed to support the project and raise funds for the release.

Richard Allen Smith) was born on the 29th of October 1970 in the South of the USA. He studied music (gospel) but also won many rap contests. Then he became a professionnal American football player : he played at Atlanta, at the Clemson Tigers, then came to Munich in the Thunders team. He became the first rapper of E-Rotic. "I left E-rotic on my own, nobody kicked me out. I didn't like the business of the producer David Brandes. He took money from live shows and had no respect for the live group E-rotic. It was stupid to say 15 years later the true came out. I was playing football when Max was out on record. I came in the group as a live show artist first. I am a rapper. The producer wanted to do everything for himself, so he could keep all the money and continue to make silly songs. He was not growing, so I left".

Richard created afterwards SEX Appeal with Lyane Leigh. The same year, he started working at Edition Boosballer. In 1997 he became Magic Affair's new rapper (he appears in the clip of Bohemian Rhapsody and rapped for the singles Break These Chains and Night Of The Raven). He contributed to writing and producing Johnny Right's single I Wanna (Be With You Tonight), including an appearance in the videoclip. With Rod D and Lori Glori, he contributed to eurorap project Vienna's single Amadeus '97 (a cover of Falco).

1998 : he founded the company Four Colourz, that he directed till 2001, releasing singles such as ABCD and Dog Me Out.

2003 : he contributed to project Cool Ade song 95 South which appeared on soundtrack of movie National Security.

2005 : he began working as a consultant at Bravo HipHop Magazin.

In private, Richard has a brother called Marcus, a sister called Renée and a daughter called Brittany. His hobbies are football, basketball and running. His favourite singer is Michael Jackson, and his favourite actors are Denzel Washington and Demi Moore. His preferred destination is Atlanta (US). He likes eating chicken and drinking Cola. His favourite colour is blue.

Eurodancehits
Lyane Online
Thanks to Tavi Meran and Richard Smith himself

Listen to Raz-ma-Taz on Radio Euro Classic, the eurodance radio