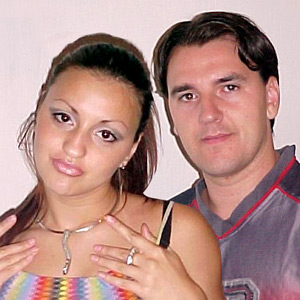 Pro DJ project was founded by Giani Simulescu in September 1996 in his home-city Timișoara (Romania). They did their debuts in 1997. Performers were Giani himself, along with his sister Andreea. Giani was born September 26th and wrote his first words as he was only 4. He studied in Liceul de Filologie-Istorie din Timisoara (currently known as Colegiu Banatean). His idols were Martina Hingis, Ana Kournikova, Shakira and Britney Spears. He followed studies to become a male nurse. Andreea started singing as she was still in kindergarten. She also studied modern dance ans did some modelling. She was elected Miss Vest in 1999. She admires Brat Pitt, Adi Mutu and Tiziano Ferro.

They are considered as Romania's oldest eurodance group, performing in more than 400 concerts. They were also the first Romanian group to have 2 songs in top 100 (Pop Corn, August 1998).

First album Am Nevoie De Tine was released end of 1997 under label HOBBY Music. At that time, Andreea and Giani were total beginners, and they had little resources. Song Timisoara was a hit and was awarded song of the year.

Second album G From Giani was released the following year under Studio BC, along with the project's first tour on seaside. A new member, a hip hop artist called B.I.G., joined the group. Album sold even more copies than the previous one. It's is Pro DJ's only album to include songs in English. Among the songs, Lacrimi pe Bega was a tribute to insurrection in Timișoara. A song which is not on the album, In visele mele, was released on compilation 100%Timisoara in September 1998. Pro DJ collaborated with Timisoara's soccer team and composed a few songs for them.

Next album Numai pentru voi, released in December 1998, was a change of style : they tried freestyle, jungle and house. It was also a change of look, especially hair color : Giani was blond and Andreea became a brunette. The most succesful song of the album was S-o facem, beating every popularity records.

4th album was entitled 4 Ever and it was out in 1999. The same year, Giani had founded his label Giani Production, and this album was the first to be released under this label. Pro DJ were awarded "best western dance group" in Arad.

In 2001, a best of was released, first as a digital package sold over the internet, then as CD ans cassette.

2003 : Giani graduated as a chemist engineer. Album Pentru Mileniul 3 was released and launched during a special showcase in Discoland (Timisoara). A videoclip was planned for shot for song Singur in 2004, as well as a tour in Germany.