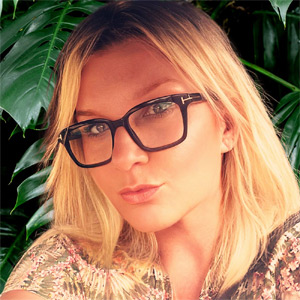 16/01/2020 : Paola Peroni is back with a new single featuring RAiK entitled Don't You Know

30/11/2013 : New from Paola Peroni, a collaboration with Sammy Love entitled L.A. Goodbye and featuring Megaheartz, to be released on Demcember 2nd.

11/05/2013 : Paola Peroni's next single will feature Cheryl Porter and will be entitled We Can Fly.

20/07/2012 : Paola Peroni released a digital remixes maxi of her current single Too Much Love.

Paola Peroni, also known as Miss Groovy, was born on the 17th July 19?? in Brescia. This Italian DJ, producer and composer showed a strong passion and a marked inclination for music ever since she was a child. Paola started her first DJ experience at the age of 14, in the school parties. She was taught piano and then she took a course in history of music offered by the Italian Disc Jockey Association (AID). Her first public appearance took place in 1980. Later, after some accounting studies, she had the opportunity to word in the club Genux in Lonato (Bs) (now called Dehor) from 1991. She stayed there 5 years as resident DJ. Her first project was called Akire.

In 1992, she became DJ Producer for the artists of the Media Records company. She learned a lot about producing there. Her name appeared on many Italian dance productions, for instance House Traffic, High State Logic, Jay Sex, 4 Non Bonds, Space Master (Step On and World Of Confusion both reached #1 in France), The Hard Concert, TFO, The Riders (Bang was #1 in The Netherlands), 2 Without Heads, Beverly (The Power Of Love was a top hit in Australia in 1992), Frenetiko (Don't Look At Me)... She also remixed Beverly's single The Power Of Love and Kiper's single The Land Of Freedom.

In 1997, she changed label and entered Intercool, and in 1998 and 1999 she produced the project Bacon Popper with the vocalist Lisa Simmons. Bacon Popper was very successful, for instance their single Free (based on U2's New Year's Day musical theme) sold 120 000 copies in France only.

In 2000 she became a part of the Zucchero Sugar Fornaciari staff during his tour in Italy : she opened the two concerts at the Forum of Assago, and the concerts in Montichiari, Bolzano and Treviso. She says that "there are no words to describe the emotion - quite unique !!! It was like being part of a big "tribe" where everybody has tasks and duties and the whole things is organized professionally". Meanwhile, she kept on remixing tracks for other artists.

In 2002 she produced Acelerando with Ramirez - yet another hit - which entered the German and English charts.

Recently she started a solo carreer and released 2 singles : Trip To The Moon, followed by Harem (a multi-ethnic record where the techno beat comes to join the sounds of the Far East) under the label BXR (a division of Media Records).

In 2003, was released Kiper's single The Land of Freedom, born of a collaboration with friend and colleague Joy Kitikonti.

A little more about Paola Peroni in private... Paola is 1,75m and weights 59 kg. She is blue-eyed. She loves sports, eating ice-creams and collecting newspapers. Her favourite drink is water. She has a dog. Her favourite color is pink. She never took any drugs... actually she is addicted to music. Her favourite car is the Audi TT Cabrio. She likes loyalty and hates liers. Her main quality is courage. She says she does not care about gossips. For her, interenet represents a world in evolution. Her favourite website is www.musicgel.com. She explains that what makes her laugh the most often is reading the Italian charts. She prefers Apple computers and works on music with the soft ProTools. Her favourite produced single is House Traffic Everyday of my life. Her favourite artist is Jean-Claude Van Damme. Her favourite producer is Norman Cook Casa.

"Discipline first and foremost - that's the fundamental rule when you want to go the distance, reach your goal and make your dreams come true. And you have to be daring ... and patient, but above all you have to be able to listen to others... My passion for music and my feelings have taken care of everything else..." That's the answer that Paola Peroni gives whoever asks about her bag of tricks.

2007 : Paola Peroni did a gig at the Club Luxuria on 30th June. She will perform a 5 hour DJ set on Friday 17 August from midnight at the XVI Party of Radio Onda D'urto in Brescia (Italy). Her new single Raga me (released as Elektro Groovy) was released on the compilation Ibiza Party, and it was available on vinyl at the end of August 2007.

2008 : Paola was inspired to create her unique sound called Elektro Groovy. The Elektro Groovy project debuted with the track Raga Me released under Net's work records, which made it in the club chart of M2O Radio upon release. Soon after came PSP EP Vol. 1 featuring the tracks Koala and Bubble and Elephant. With this fresh sound, she has also worked with Jay Frog (former Scooter member) to produce at track called Vanilla and Peppermint. She also working with Datura to remix an unreleased track and Nebula to produce Hoverdam released on Beatport.com on 27 November 2008.

Paola also released an EP called New Generation Deejays EP vol. 1 under the label Housetraxx. It included some of her own songs : Thinking of you, Sweet Dreams and Hydrogen, as well as Bacon Popper – Free remixes (Paola Peroni remix). Nowadays Paola produces for her company Intercool and her labels Snap & Shake, Pasta records, Hardwolf. She released a remix of her Bacon Popper hit Free 2009.

2009 : Paola have played at Winter Music Conference in Miami 2009. She also appeared at Hed Kandy Lounge Miami. She is also busy to organize the Intercool’s label parties and also other types of events around the world. Paola also co-produced with some of the big names in the scene such as Joy Chiticonti and Mario Più for recording label Bxr and co-produced The Power Of Love with Officina Emotiva and Everybody Change with Gigi D'agostino.

2011 : Paola Peroni teamed with DJ Alberto Remondini from Radio M20 on the single We Need Freedom, to be released around May 20th on iTunes