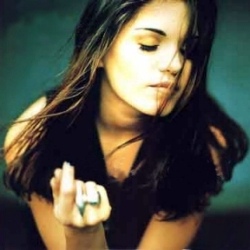 Nina Gerhard first hit the eurodance scene in 1993 as the female voice of Captain Hollywood Project's world-wide hit single More And More. One of the producers of this single was none other than mega-German eurodance producer Nosie Katzmann. Nina also supplied the vocals in Intermission's single Honesty.

In 1994, Nina went solo with the release of her first single The Reason Is You under the guidance of Mr. Katzmann. Her second single Until All Your Dreams Come True was also a very powerful eurodance track. Shortly after the second single, Nina's debut album Dare ! was released. Many famous eurodance names like Kim Sanders, Peter Gräber (of Culture Beat - Pay No Mind), Doug Laurent (remixes for Culture Beat - Take Me Away and La Bouche - I Love To Love), and DMP (Intermission) were involved with the album.

In early '96, her third single In Her Shoes took a different turn than the previous two. It was a pure ballad, containing no dance mixes. The fourth single Can't Stop This Feeling went back to dance, actually more like pop-disco. It stayed 3 weeks at the #1 place in Italy.

It appears that Nosie Katzmann was no longer involved with the project as his name was not credited from this release on. After about a year's absence, Nina returned with her fifth single release, Wanna Feel So Good, again with new producers. This time, teamed up with the E-Rotic producers of David Brandes, John O'Flynn, and Domenico Labarille.

Nina also worked as backing vocalist for the artist Simon Collins. She also appeared on Vega tracks and did a duet with F. Salzar under the name of Heroes.

The latest releases under the name of Nina (such as I'm So Excited in 1999) do not feature the same vocalist.

2002 : Nina settled down in Darmstadt. She had been very busy these past years, caring about her little daughter Anouk. She gave her voice to a TV-commercial for L'Oreal, a radio-commercial for Nescafé, and a cinema-commercial for Afri Cola. She also told she would like to work in the domain of cartoon-film synchronisations, radio plays or documentaries texts recording (domain in which his boyfriend Yvo Fuchs already works). In June she had a great success in the USA, playing live in a well-known salsa-club in Los Angeles. She did a duet with Markus Nikolai

2003 : Nina was back ! She planned to release a new single that she co-wrote, called Tomorrows Yesterday, under a new project name. The style would be trance, and a new album was already planned. The new single was written and produced by Doug Laurent and remixed by Andy Sikorski. But finally Nina did not like any of the versions of the song... Song was finally remixed by Chris Hülsbeck and appeared on his 2009 album Number Nine.

2005 : in March, Nina, along with Franca Morgano and other artists, recorded a charity single entitled Hope as United Allstars. The benefits will go to a village in Sri Lanka, hit hard by the tsunami three months ago.

2008 : Nina is currently a member of the Zamsoo project (formerly known as Mondbrand), together with Joerg Dudys. They recorded ballads such as Sweet Devils. She recorded a CD entitled Muse featurng various covers of famous blues and jazz songs of Hildegard Knef, Marlene Dietrich und Marianne Faithfull, among others.

Listen to Nina on Radio Euro Classic, the eurodance radio