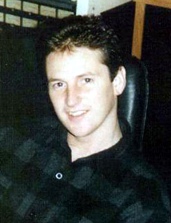 13/01/2017 : Almighty Records gathered 10 of the best Motiv8 remixes on a compilation entitled We Love Motiv8.

04/03/2011 : Almighty records will release a special compilation dedicated to Motiv8. Entitled Almighty Presents: We Love Motiv 8!, it will include remixes and releases by Motiv8. Strangely, the superb eurodance track Searching For The Golden Eye won't be included...

13/07/2008 : A remix of Motiv8 feat Kym Mazelle' Searchng For The Golden Eye by Julian The Angel & Pedro Del Moral was released in June on vinyl

The man behind Motiv 8, Steve Rodway, began his musical career as a vocalist and drummer. He established his own record label FX Records in order to release his own material, recording a wide variety of material under different guises. One record sold far more than any of the others, a track called Mission released under the name Motiv 8.

Steve Rodway stuck with the name and went on to develop the Motiv 8 style. Ploughing every penny he had into his music, Rodway went on to set up Nuff Respect Records in order to reach a wider market with the second Motiv 8 single Rockin' For Myself, featuring the voice of Angie Brown. The record quickly became a club favourite and led Warner's UK head of A&R to contact Rodway.

Remixed and re-released Rockin' For Myself reached the U.K. top 20, achieving platinum status in Australia and becoming a major club hit across the U.K. and Europe. Since then Motiv 8 have scored two further hits with Break The Chain and the Bond-inspired Searching For The Golden Eye (featuring Kym Mazelle) - both songs were written, arranged, produced and remixed by Motiv 8. Searching For The Golden Eye was covered by the project Blue Dream.

Shortly after hitting the charts with Rockin' For Myself, Rodway enjoyed further success with the Motiv 8 remix of The Doobie Brothers' Listen To The Music, which took him in another hit-making direction. Motiv 8 had become one of the most sought after production teams around... In December 1995 Steve signed Gina G who was keen to work with Rodway, having heard the Motiv 8 single Rockin' For Myself. Ooh.. Aah.. Just A Little Bit reached #1 in the UK charts and sold over a million copies. Motiv 8 also scored huge US hits : Spice Girls Wannabe, Jellyhead by Crush and others such as Pulp's Common People and Disco 2000, St, Etienne's He's On The Phone and Diana Ross's I Will Survive amongst others.

In 1999, Motiv 8 released Riding on the Wings which was recorded with Jocelyn Brown .

With Motiv 8 now firmly established as icons in the dance world, the continual discovery and development of new artists was now the main focus for Steve Rodway. He considered the development of in-house talent to be more important to the long-term growth of the company than simply doing remixes. "I find myself re-producing more than remixing most of the time, and I'd rather be doing that for an Artist signed to FX.". However, this did not signal the end of Motiv 8 mixes. "It's just that there'll be less of them. We don't want to flood the market with Motiv 8 mixes. In any case, there are still some very rare ones that people can't get their hands on."

2002 : Motiv 8's producer released at the end of year a eurotrance single (in a style reminding Noemi or Sylver) under the name M.A.T. Feat Jay P entitled Take Me High.

2004 : Rocking For Myself was covered by a eurotrance project called Tune In.

2008 : a remix of Searchng For The Golden Eye made by Julian The Angel & Pedro Del Moral was released in June on vinyl.

2017 : Almighty Records gathered 10 of the best Motiv8 remixes on a compilation entitled We Love Motiv8.

Listen to Motiv8 on Radio Euro Classic, the eurodance radio