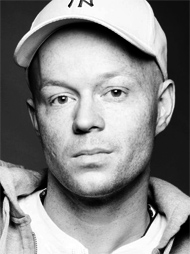 09/09/2018 : A Toneshifterz, Suae And Pulsar Remix was released for Manian's single Hold Me Tonight

06/02/2016 : Manian's Welcome To The Club was remixed by Jens O and will be featured on Future Trance Vol. 75 compilation, which was mixed and compiled by Manian.

04/08/2013 : Discover the videoclip of Manian's new single Cinderella. It was directed by Lina Schütze, just like Cascada's most recent videoclips. Single features Swiss singer and producer Maurizio Pozzi aka Maury, known for his collaboration with DJ Antoine.

15/07/2013 : Manian's next single will be entitled Cinderella, featuring Maury. It will be out on July 26th and will appear on Kontor compilation Summer Jam 2013.

Manuel Reuter got his nickname Manian in his table tennis club. He kept it when he started deejaying at the age of 17. In order to pay for turntables and vinyls as a pupil of a strictly Catholic grammar school, he turned his passion for sports into a part-time job as a table tennis coach, training countless youth teams (today, he sponsors his local club).

In 2000, Manuel started studying public economics at the University of Bonn, even though at that point he already cared much more for DJing and producing. He passed his intermediate exam as one of the best of his grade. Two years later, after meeting Sven Petersen (his mentor for quite some time) and Yann Peifer aka Yanou (his partner ever since), he shocked his family by permanently leaving university. Sven Petersen invited Manuel to work at Yanou’s studio for three months a sort of apprenticeship. This was the beginning of a fruitful collaboration.

In 2004 Yanou and him founded the project Cascada around vocalist Natalie Horler (a childhood acquaintance of his).

In October 2005, Manuel and Yann founded their own label, Zooland Records, which by now also encompasses two sublabels, ZooGroove for House/Electro releases and ZooDigital for digital-only releases, with All Around The World at Blackburn/UK being their most important international partner.

In 2007 they created the RIO project along with rapper Neal Antone Dyer. In 2007 they were honoured by winning the World Music Award in Monte Carlo for Cascada being the best selling German artist.

Manian also stands behind many club track releases and remixes for Moby, P Diddy, Sugababes, DJ Tiësto, Sash!, Michael Gray, Scooter, September and many, many more. Some of these remixes are well known under the name of Spencer & Hill, a House project founded with his close friend Manuel Schleis, also his partner at producing the world-renowned "Vengeance-Series" of audio sample CDs, indispensable working tools for many a professional club tunes producer or home recorder.

Listen to Manian on Radio Euro Classic, the eurodance radio