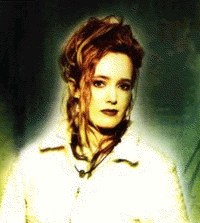 08/10/2020 : Lyane Leigh did vocals on D.A.V.E's next single Mailbox and it's a nice eurodance in the style of E-rotic with a small touch of trance

Lyane was born in Germany on 8th April 1969. She took part as vocalist to many bands such as Twenty-one, Xanadu, Pop Secret, Alle Für Alle, E-Rotic, SEX Appeal, Missing Heart. But she is also composer and author (she released many solo singles in the early nineties), she sold over 3 millions of singles and about 850.000 albums all over the world. She is also a trained producer of multimedia products. Lyane is one of the 3 members of the German label 3H Music.

E-Rotic was established as a project in 1994 by Lyane Leigh, Raz-ma-Taz and David Brandes as her producer and also singer. Till then Lyane had participated in numerous studio productions as a singer and composer (e.g.Fancy or Bad Boys Blue : Come Back And Stay). Lyane and David were familiar with each other from the time they spent together with Xanadu where David was another lead-singer.

In the end of 1995 Lyane and David separated because of their increasing problems in the co-operation between the band and the producers. "He promised me a lot of things during my E-Rotic time, but never was willing to keep his promises. One of these promises was to produce a mixed video (both cartoon and real people). We were never shown in the videos and so we had problems with our concerts, cause no-one really knew us as persons. The biggest problem actually was that he wanted even money from our liveshows, also he was interfering with everything" Lyane Leigh tells. Lyane was replaced by Jeanette Christensen. To avoid a long standing lawsuit about the label 'E-Rotic' Lyane established S.E.X. Appeal. Anyway, she had to keep on singing for E-Rotic until their single Mambo No Sex. "It was not funny at all, but there was nothing I could do about it. As long as my contract lasts, I would have to pay a huge amount if I was telling anybody about it", Lyane says.

She is currently working on her solo carreer and contributing as producer and writer to the dance project Fresh Trends.

2003 : her voice can also be heard on Hardhouse and Do You Think It's Magic, singles of Experience Of Music. She was also featured by Tamo, ex member of Fresh Trends for the single Another Night (released in May). In September she released a solo single called Du Bist (meaning : "you are"),

2004 : in February, a 2.4 version of Do You Think It’s Magic was recorded. In May, Hardhouse resurrected 04 could be found on the Experience of Music website. In June, Hardhouse 2004 (with rap-parts) was featured on a dance compilation.

2008 : Lyane Leigh is currently producing a new project called Wüste Wüstensöhne. On their first album, she did all female vocals

2010 : Lyane was featured on 2 songs by DanceRockers. Heartbreaker is already available digitally. The other song, entitled Don't Break A Heart, is still a demo. In October, Lyane and Dani D took part to a musical show dedicated to Abba. Lyane is playing the role of Agnetha

2012 : in July, Lyane was featured on Imprezive meets Pink Planet's handsup single I Can't Believe It and on Coma Baby's nu-disco single Lay Your Love On Me. In September, she did vocals on United Passion's new single Oh No! (Mi corazón). Song competed to be selected as the song which would represent Switzerland at Eurovision Song Contest 2013. In October, she visited Excessive Clubbers' new single Andromeda Girl, released on October 19th.