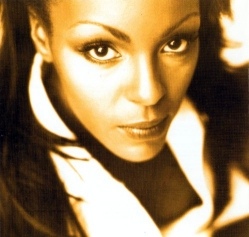 19/10/2010 : Le Click's hit Tonight Is The Night was remixed and released under the name Raindropz vs. Le Click (thanks to Christian DTM Nolimits)

30/04/2002 : Le Click (still featuring Kayo Shekoni) were said to have released an album entitled In Shock 2002 but this proved later to be a hoax.

Blow Up Records had two dance music projects, both vocalised by Melanie Thornton : La Bouche with the raps of Lane McCray Jr. and Le Click, with the Caribbean Michael Romeo. The songs Sweet Dreams and Tonight Is The Night were released practically together, and Melanie would continue in the group which songwould become most successful. Bad luck for Romeo... But Tonight Is The Night is a very good song, and it's still having massive airplay in USA. So the label decided to revive the project, now with a new formation : Kayo Shekoni in the vocals and Robert Haynes doing the raps.

The second single was entitled Call Me. The versions released in UK and in the USA strongly differed from each other. The American version in same style than Culture Beat Inside Out. UK Airplay version was a real eurodance song.

Produced by German dance auteurs Amir Saraf and Ulli Brenner (the pair behind La Bouche's clubland smashes Sweet Dreams and Be My Lover), with songwriting contributions by Nosie Katzmann, this debut album is state of the art dance-pop, a seamless amalgam of Moroder/Summer-era disco, street-edged hip-hop, house, synthpop and electronics. Call Me Le Click's current single, pits Kayo's seductive soprano with a guest appearanceby Robert Haynes' sing-song rap with a throbbing Europop pulse that sweeps the dance floor in a cathartic epiphany: 'I will be there for you/ if you need someone'. Maria Lucia Lozanes, who would later become Captain Jack's vocalist, did the backing vocals.

Le Click featuring Kayo's debut album has its share of dance-floor hits, but, according to Kayo, "You can listen to the songs at home." "It's not just a club album!" Whether it's the acoustic flamenco guitar on Don't Go, or the pealing church bells on I'm In Trouble, the wide-screen strings on Heaven's Got To Be Better, the sultry soul of Come Into My World or the dance-trance electropop of Something To Dream Of, this lush album is not just your standard toot-toot/beep-beep plastic beats.

"The most important thing for me is to do something that makes me very happy," says Kayo, who has starred in movies in Sweden and co-hosted a popular Swedish game show, but insists for now she will concentrate on one thing at a time. 'To go out and see the world through my music.' With a mixed background to match her melting pop musical sensibility of techno, R&B, soul and disco, Kayo has embraced her heritage whole-heartedly. 'It might sound a little mushy, but sometimes I feel that people like me can work as a bridge between two cultures and different musical styles."

When Kayo and Robert Haynes came to US for promoting their single, Robert disappeared for three days without anybody knowing what had happened. It turned out that he has been arrested because of old unpaid taxes, and Kayo feared that this was the end of Le Click. But the record-company asked Kayo if she wanted to go out and promote Tonight Is The Night by her own...

1997 : their last single to be released was Heaven's Got To Be Better, but it was not very succesful.

2002 : after 5 years of silence, Le Click was said to be back with a new album entitled In Shock 2002. Kayo Shekoni is still a part of the project, with a new partner called Sammuel De Rodas. Actually, the release of this new album has never been confirmed, probably it was only a hoax