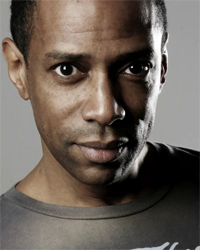 24/07/2020 : LayZee posted a new song entitled Voices which will be out on August 7th, and invites you to share a video of yourself lipsyncing over it

13/04/2019 : Mr President rapper LayZee's next solo single will be entitled Calling in Sick and it will be out on April 12th.

28/09/2018 : Discover the videoclip for LayZee's current single Come On Everybody.

27/05/2017 : LayZee's next release will be entitled Copacabana and it will be out on June 23rd. You can already preorder it.

He was originally born in Birmingham (England) but his parents are from Jamaica. He came to Germany in the late 80s with his brother. There they met  the now hit producer and remixer Mousse.T and founded there very first group Fresh and Fly. After that he started working in the clubs and discos of Hannover and the north German area as a deejay. Due to a lot of hard work and perseverance he managed to take the North German Deejay Championships held in Bremen.

He did rapping for various studios, clubs and projects. He then received a call from the Mr. President management asking him for his help on their second project. They where signed to Warner Music and the rest is history.

Nowadays, he works as a songwriter, remixer and a producer, owning a studio. He loved the Mr President band but he also loves being creative without any guidelines, so moving to a more background position was a very good move. He now produces his own club dance tracks under his new Deejay name, Diezel Washington (which the first name was given to him by Mousse.T). "I admire Denzel Washington and people say I look bit like him, I can't see it myself. So there you have it.", Dellroy explains.

Java - My Oasis and Mr. President - All In The Game were some of the first songs he wrote. Dellroy lives in Hannover, Germany. At the end of the 90s he used to have a big American car on which the number plate displayed the letters 'MRP'. Delroy does not think he is lazy, but he admits to be often late. The Lazy Dee nickname was 'given' to them by his friends.

2008 : he first single Your Love is now ready as digital release. It's a very nice dance song with obvious eurodance inspirations. The featured vocalist is called Dani.

In October, LayZee will be releasing Your Love as digital release in Russia, and in CD format in Germany and the rest of the world. Therefore, his other song Catch Me will be postponed until November of this year. T-Seven was at first planned to be featured on Catch Me, but she won't, because of her current records company. LayZee is also also working on another project called Keylago

2009 : LayZee performed live at Eurodance Club at the end of August. He teamed up with SEX Appeal for a single entitled Gimme (Safer sex). It was out during the second week of October

2011 : Layzee teamed up with Raquela and Keith Kemper on the charity project Japan Aid. ISV Entertainment donated 100% of the proceeds to the American Red Cross Earthquake & Tsunami Relief Fund.

He also recorded a summer song entitled Summertime with Kendrick, to be released in July on all major digital platforms. At the end of the year, Layzee was featured on Fabiola Roudha's single Atrapada.

2012 : LayZee is busy working on his album in Germany. He was featured by a Ukrainian girls band called Mirami in the single Summer Dreaming, which should be out in May, along with a video shot in Spain and directed by Vladimir Shurubura. In April, he released a 2012 version of Summertime with 7 new mixes and a new video. He also founded the project Adjazzo with Dirk Diersing and released BankBuster EP in May, a mix of Funk, Soul, R'n'B, House and Jazz.

In August, LayZee was featured by Alida on her new single My life. He also plans to re-record and re-release Your Love for the Russian market.

Layzee aka Diezel on Myspace

Listen to LayZee on Radio Euro Classic, the eurodance radio