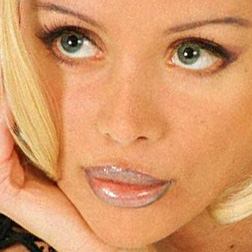 Kasandra was born Davorka Ručević in 1967 in Zagreb, Croatia. She is a well known figure in the Croatian Eurodance scene, from her unique, powerful voice, her gorgeous looks and some of the most memorable hits of the 90s Croatian dance scene, helping dance music find its footing in a time heavily influenced by the old styles of music in a newly formed Croatia. Davorka's career began during the 80s as the lead singer of a rock band called Kasandra. The band never debuted and split sometime after but Davorka Ručević herself continued as a soloist, adopting the name Kasandra for her solo career.

In the late 80s, Kasandra signed a recording contract with Jugoton, the most popular record label in Yugoslavia, and released her debut single, Tamno Zrno Nevjere, in 1989, followed by her second, Može Se Srušiti Svijet, in 1990. In 1992, Kasandra worked with the HRT Orfej label on her debut album, Sunce Izlazi, spawning the songs Mali Princ and Sunce Izlazi as main singles as Bijele Noci, Budi Sa Mnom and Ne Preblizu as promotional singles. Unlike her later work, her earlier work were more of a pop style than dance music.

In 1993, Kasandra released Nisi Ti Jedini Na Svijetu under Croatia Records (formerly Jugoton), her first eurodance single. The song became her first big hit and launched her career as a dance artist. In 1994, Kasandra followed up the song with the singles Bit Ćeš Moj, Kazna and Bilo Bi Dobro, making her a household name in the Croatian dance scene. In 1995, Kasandra's success continued with her next single, I've Got A Feelin' featuring Goran from Roxy in the music video as the vampire. A 5 track EP containing her singles called Kazna was released under the label Alkaton before releasing her debut album, Sladoled, under Croatian Records, featuring all five singles and three new songs. Kasandra later released the single Prevarena the same year along with Masno-Slasno featuring Gobac from the Sladoled album as a single in 1996.

Kasandra released the singles Daj Da Poludim in 1997 and Oslobodi Me in 1998. Sometime around 1998, Kasandra ended her contract with Croatia Records after the company made her perform a winter show in a sexualized outfit with a mini skirt and boots, causing her to catch a cold. She has also been dissatisfied with her dance music career due to her image and also felt she wanted to do other genres, such as jazz.

Davorka Rucevic retired from music after 1998 and began living a private life, with her latest public appearance being for her manager's birthday party in 2007. Despite various rumors about her health or mental status due to her secretive life, Davorka's mother has confirmed, even recently, that she is doing fine and living her life privately these days.

Listen to Kasandra on Radio Euro Classic, the eurodance radio