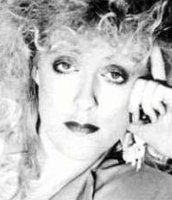 When Jackie 'O' released her dance version of the Oasis hit Wonderwall in 1995, no one could have imagined just how popular that release would be. It got the ball rolling not only for the then new label Euphoric, but also for Jackie - from then on she has enjoyed a constant stream of success... Her second single, Breakfast At Tiffany's, pretty well matched her debut. With the sheer popularity of the Deep Blue Something’s original and with it being played regularly on the radio, Jackie's energetic version just took it to new heights in the clubs.

In the summer of 1997, the catchy and powerful Bitch was released and instantly became one of the most played pop covers of the year - it had enormous DJ support. A few months later came another Oasis re-working - Whatever. This euro-friendly arm waver proved that Miss O really was the Queen of "hard edged" NRG !

In 1998, after a year long break, Jackie returned with a monster of a track, a stunning, uplifting version of Eagle Eye Cherry’s smash hit Save Tonight. It became famous for appearing on the soundtrack to the Channel 4 cult hit 'Queer as Folk'. As with Save Tonight, this new track had an extra kick, had a tougher sound, was more uplifting than ever. Then came When You’re Gone, her remake of the Bryan Adams with Mel C song, with a 99 remix of Breakfast At Tiffany's as B-side. Recent singles included versions of two of Shania Twain’s big hits - That Don't Impress Me Much and Don't Be Stupid (You Know I Love You).

In 2000 too, Jackie O's first album was released. Entitled Bitch, it contained 11 tracks. Follow-up singles include Glorious, the Andreas Johnson hit and It's My Life, the Bon Jovi rock anthem. Summer of 2001 saw the release of Sing, a cover of the Travis hit and once again it topped the world's NRG club charts. There were three tracks on the CD. Two of them were the Radio Edit and the Club Mix. The third tune was the fast NRG Love Found Me.

In November 2002, Jackie O released her first single in over a year, a cover of the huge Shania Twain return single I'm Gonna Getcha Good.

2006 : Jackie O's next release was a cover of the Scissor Sisters' I Don’t Feel Like Dancin'.

2007 : A new album called Handbag Heaven was released in October. It included not less than 4 CDs and all the most recent Jackie 'O' songs, 5 of them being released the very same day, under Euphoric label, that Almighty had re-open after 5 long years of being defunct.

Eurodancehits
Thanks to Gianni
Jackie O at Almighty records