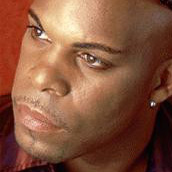 16/04/2019 : Ray Horton's next single will be a duet with singer Ozoda entitled Breathe Again (Salamat)

30/06/2018 : Ray Horton will soon release a collaboration with Timo Higs entitled The Only Thing I Need.

Rayland Horton was born in Heidelberg (Germany), where his parents worked for the US-Army. He has a twin sister and 3 other siblings. Shortly after his birth, his family went back to the US and he grew up in Seattle and Washington, becoming a real little gospel star at the age of 9. He remembers his first solo sing part at the choir very good and remembered, that all the people screamed as he started to sing. That's how he decided to devote his life to music

Ray started his carreer as a studio singer for the Milli Vanilli project. After the playbakc affair was discovered, he became singer/rapper for band The Real Milli Vanilli in 1990, along with Brad Howell, Gina Mohammed, Icy Bro and John Davis. 2 years later, he became a member of group Try'n'B and contributed to hits such as Sexy Eyes and Tell Me Where It Hurts. He took part to a few other projects before entering Toni Cottura's new formation Fun Affairs. Legend says that he was spotted in January 1998 after singing on Steve Browarczyk (another former Fun Factory member) phone-answer machine. Toni was amazed at his vocal skills and only a few days after, Ray was in the Booya studios to record Nana's song Remember the Time .

Since then Ray, toured with the Booya Family and recorded vocals for more Nana songs, such as Dreams, Pocket Full of Memories and You. Then Rays first solo single Because I love you (a cover of Stevie B's hit) was released. Ray's first pop/RnB album First Time was released in 1999. Then followed the singles I Cry and Tell My Hear, but they were less successful. After that, the Booya Family split. Ray worked with Criss Tonino and for the groups Minimax Project, Sonat and Sozey, for Phatt Krazy records. Around 2000-2002, he recorded the songs The One 4 Me and was featured on the song Winner 4 Life.

In 2003, Ray visited Peaceworkers' Stop The War (From Starting). Then everything became very quiet around him...

In Bamberg (Germany) where he was living until the end of 2008, he met producers Drastic and DMO from the Chrome Headz. Ray was impressed by their performance and that's how they started working together, releasing singles Under The Bridge, Our Story (Happy Birthday), Crappy New Year, From me 2 U...

2012 : he was featured on single DJ Lutique's Love Train, on Give Me Your Love from Romanian singer Dee-Dee, and visited Movetown's single Here Comes The Sun (released under Tommy Schleh's label Klubbstyle). He also took part to real-TV show The Voice Of Germany.

Ray nowadays lives in Franken, Germany. Besides his activities of songwriter and producer, he is also a vocal coach