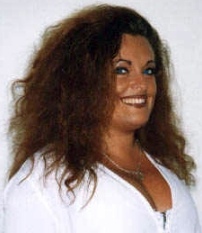 21/06/2018 : As former E-type and Dr Alban vocalist Nana Hedin's last fund campaign was cancelled by Facebook, she needs you to donate again to help her fight against the consequences of her cancer.

15/06/2018 : After all these years without getting any recognition, eurodance diva Hedin Nana finally got a Denniz Pop Awards for Most Valuable Person.

10/12/2009 : You can now support Nana Hedin in her struggle against cancer, even if you live outside Sweden. All details here...

25/08/2009 : Very sad news for all fans of her wonderful voice : Nana Hedin was diagnosed with a malignant cancer of the tongue. If you live in Sweden, you can help her (thanks to Christian and Klems).

27/03/2005 : Nana Hedin won't represent Sweden at the Eurovision contest. Her song Wherever You Go was not selected (thanks to Paris Gayzine).

20/02/2005 : Nana Hedin (former singer for E-type) will do a solo perfomance with the song Wherever You Go at the Swedish Eurovision pre-contest (thanks to Anders Bøgh).

Nana Hedin was born on the 24th of May 1968 in Eskilstuna. She started singing at the very early age of 3, then as she was only five she did her first performance at the childrens' day Festival.

Between 1988-1991, Nana was a member of the band Chris at the Moment. In 1992 she started to work with Dr Alban on his tours around the world. The next year she joined the famous Swedish Comedian and author Jonas Gardell. Four big live shows, TV shows and albums has been done since then and NaNa is talking about her work with Mr. Gardell as important for her growth as an artist.

"The fact that I'm not a skinny woman, dancing and running around like crazy in the show, has had a big impact on the female audience, writing letters about how important it has been for them to see a larger woman on stage, feeling good about herself. It has also been important for me to see their positive reactions and it has made me a better performer", NaNa says.

Female vocalist for E-Type, she also took part to the projects Safe (Love Is All We Need) and Amadin (Take Me Up), to the realization of DJ Bobo's album World In Motion and to Flexx's single Wake Up. She also made some backvocals for the worldfamous panflute musician Dana Dragomir, the sisters Graaf (You Got What I Want in 1998). Despite the fact that she participated these worldwide hits, she's still unknown to ordinary people.

Sometimes, she was so sought after that she had to take part to several groups at the same times ! For instance, in the summer of 1997 she was touring with E-type and Jonas Gardell. She was very busy but managed to take a short trip with Dr. Alban aswell to Egypt for a one night gig.

Nana sang on one of the songs to the Swedish movie "Bert - den sista oskulden". That song was made by Michael B Tretov (who also stands behind ABBA). Commercials like "RFSU" in 1993 and the company "Norwegian Adelsten" also contributed to make her voice very popular.

She has been working as a streetmusician and has been singing some blues as well.

Today Nana Hedin focuses on a solocareer, and says she doesn't dare to dream about the future : "It's more important to concentrate on what I'm doing today", she says.

Her very first solo song was called I'm Alive, that Nana co-wrote, along with the two musicians Mikael Hujanen and Johan Nilsson. "And I prefer not to make pure dancemusic only, she says.". Unfortunately for eurodance fans...

Among her favourite artists are Sting and Gladys Knight, to name a few. "I Saw a Dan Reed concert a few days ago... ooh, it was awesome" she explains. She loves all movies by Luc Besson (and Eric Serra's music) and another favorite of her is Rumblefish with Mickey Rourke. She has freckles in the summertime and blue wonderful sparkling eyes. She is 1,56 m tall. Blue is her favorite colour and she loves to watch the moon, so she tattoed a blue moon in a "DreamCatcher" on her shoulderblade. She loves to eat Thai-food and pasta. When she is traveling she usually collects masks from the countries she's visited. She loves scuba-diving.

2001 : Nana contributed to Britney Spears album Britney as backing vocalist. The same year she released the single Fame 2000 under the name NaNa D'Aquini. A new name because NaNa wanted to separate her work on the single from her work as a backvocalist. A video was shot in Las Vegas. The song was played both in clubs, radio and on tv in Sweden. The song became very popular with the gay club scene, climbed to nr.5 on the Swedish Dance Chart and stayed there for four weeks. There was no album made, since Nana and her records company realized they couldn't find a song good enough for a second single : "I would rather make no album, then a bad album", she says. The same year, Nan did backing vocals on A-Teens' Teen Spirit album.

2004 : Nana Hedin is back with E-type ! She appeared on stage with him, singing his brand new single Paradise... The same year she released a cover of It's Raining Men (originally by the Weather Girls) on the compilation Absolute HitMania.

2005 : Nana will do a solo perfomance with the song Wherever You Go at the Swedish Eurovision pre-contest.

2009 : Nana Hedin was diagnosed with a malignant cancer of the tongue.

Ace of Base - Life Is A Flower
Amadin - Take Me Up
Ardis - Love Addict (album) (1994)
Dr. Alban - Look Who's Talking Now
DJ Bobo - World In Motion album (as background vocalist)
Elephant & Castle feat. Nana Hedin - DJ Keep This Feeling, Wake Up '98
E-Type - Set The World On Fire, This Is The Way, Callling Your Name, Free Like A Flying Demon, Back In The Loop, I'm Not Alone...
Flexx - Wake Up
Gary Barlow - Hero
Five - Slam Dunk Da Funk
Herbie - I Believe
Papa Dee - The Tide Is High, The First Cut Is The Deepest, Just Let The Music
Stakka Bo - Down The Drain, Living It Up, Here We Go
Safe - Love Is All We Need