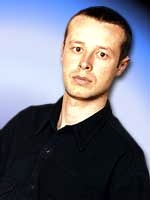 Dr Iggy is a Serbian dance project featuring the vocalist Danica and the rapper Igor Todorovic (born on the 22nd of November 1970). They are based in Belgrade. They sing and rap in Serbian and English languages.

Their debut album was entitled Oci Boje Duge, it was released in 1995 and contained 8 tracks. It started with Nikad (Never), a very uplifting eurodance song reminding of Captain Hollywood's More And More, then continued with Zasto Ja (Why Me), also a very good euro track. Voli Me (Love me) was one of the best songs contained on the album. The 4th track gave its name to the album : Oci Boje Duge (Eyes of rainbow's colour), a rather low-tempo song. Then came Bicu Tu (I will be there), once again a very nice eurodance song, all the more that it was a cover of an euro success (I Want You by Face II Face). The album continued with 2 other amazing up-tempo song entitled Ko Sam Ja (Who am I) and Ljubavi (My love). It ended with the slow song Kazi Mi (Tell me).

The next year they published their second album : Kao Pre (As before). It was once again a very interesting album, full of eurodance gems, such as the first track Pusti Me Da Zivim (Let me live). The second track Kao Pre (As before) was rather slow, in a style that reminded Enigma. It was followed by Samo Ti (Only you), a very energetic euro-reggae track which reminded of E-rotic's Dr Dick. Tvoj Dodir (Your touch) was an uplifting eurodance track. The album ended with the songs Kada Spavam (When I sleep), the 2 very nice eurodance songs Uzalud Se Trudis (It is vain for you to try) and Kada Dodje Kraj (When it comes to an end), and the slow Tragovi Ljubavi (Traces of love). And, as bonus : a megamix !

The third album came out in 1997 : it was entitled Kada Reci Nisu Potrebne (When words aren't needed). It opened out with the 2 powerful tracks Navika (Habit) and Sada Odlazim (I'm going now). The third track was a slow-tempo song called I Ove Noci (And this night). The title-song Kada Reci Nisu Potrebne (When words aren't needed) was also a slow track. The fifth track was the second part of Zasto Ja, a song from the first album. Koliko Puta (How many times) was an amazing eurodance song, one of their best. Zadnji Trag Nade (Last hope) and Volim Te (I love you) were slow songs.

We had to wait 3 years for a new album to be released : Zbog Tebe (Because of you). After an Intro track, the album began with Da Si Tu (If you were here) a low-tempo track. Then Svet Bez Tebe (World without you) brought eurodance back in a more trancy way. Da Li Znas (Do you know) was also a very good and uplifting eurodance track. Other good dance tracks followed : Ne Zelim (I don't wish), Plasim Se (I'm afraid), Trebas Mi (You need me) and Jednom Kad Ostanes Sam (Once when you will be left alone : cover of Sash's Mysterious Times). Zbog Tebe (Because of you) was a slow track. Then came a remix of Plasim Se and an instrumental song called The Legend Of Dance Music.

The same year, a live album was released. The follow-up album Sve (Everything) was out in 2002. It contained 9 songs, beginning with an Intro, then the uptempo Trazim Te (I'm looking for you), Sada sve je nevazno (Nothing is important now), Kad Volim (When in love), the R'nB track Svakog Dana (Every day), the title-song Sve (Everything), Ljubis Me (You kiss me), Sama Sam (I am alone), and the slow Ja ne mogu bez tebe (I can't without you).

2008 : Dr Iggy is still touring. He performed in clubs in Belgrade, for instance at the THEATRO or the XXL.

Thanks to Dj DeNsOmAnIaK, D-man '94, Igor Dentov and Peter (St.Petersburg) for the translations