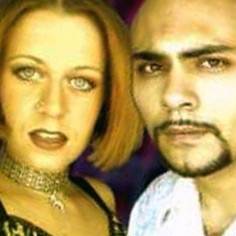 29/04/2009 : Da Blitz, Kim Lukas, Einstein Dr DJ, Black Box and Natalie from the Soundlovers will perform at 90 Is Magic on May 9th at the Palasport in Cividale di Friuli, Italy, near the Slovenian border.

22/01/2005 : In the next days DB Reloaded (ex Da Blitz) will be approaching foreign labels for licencing their products. More infos soon on their official website.

23/11/2004 : The rumor was true : Da Blitz performers are back under the name DB Reloaded : the new single is entitled Revenge and will be released next week. Their official website is here.

25/10/2004 : Viviana Presutti and Simone Pastore could join again to re-form Da Blitz under another name : DB Reloaded. They are currently creating their own label. No info yet about the new single title or style yet (thanks to Nico and Emperor Absolutus).

Viviana auditioned at Bliss Co. She was asked to sing People Have The Power (other BlissCo project Bliss Team had just scored a hit with this cover), then a song by Whitney Houston. According to an interview given to WebDJs, Let Me Be vocal parts were created from a part of this Whitney Houston song.

First single Let Me Be was released in February 1994 and success was massive : it sold more than 35,000 copies in Italy where the song reached #1 not only on radio playlists, but also on the sales charts. This song became successful due to its incredible Euro-NRG keyboard combined with a hot male rap written by Jeffrey Jey (Gianfranco Randone) and very melodic female vocals at 134 BPM. It was licensed around the world and reached # 1 Israel Dance Chart.

Next single Take My Way came out in Summer 1994. Lyrics were written mostly by Viviana, raps by Jeffrey Jey. It peaked at #2 on the Italian sales chart and sold 26,000 copies in Italy with its extremely melodic vocals, Jeffrey Jey raps, and 135 BPM Euro-NRG sound similar to Let Me Be. It was licensed to 10 European countries. In Autumn 1994, Stay With Me reached the #1 position in the Italian pop charts, it was a huge radio success and club hit for 6 months (which is a record on the Italian dance scene) and was released throughout Europe.

During Summer 1995, Movin' On was released. Song had been written one year before, and had already been performed in its original version during some shows in 94. Th version released as a single represented a change in sound for the group, introducing a faster beat (148 BPM) and progressive trance elements. It reached #5 in the Italian sales charts and became a success in Spain, France, Austria and Costa Rica, where Da Blitz performed for over 20,000 people. Song was covered by DJ Seven & Sara. Next single Take Me Back came ou in October, it reached #5 in the Italian sales charts and entered the Eurochart Hot 100 with its dark and mysterious Progressive-NRG sound at 149 BPM. A slightly slower (143 BPM) version very similar in style to Bliss Team's You Make Me Cry was also available.

Da Blitz described themselves as a 'live' group with real singers who perform 'live' rather than singing over top of an instrumental backing track. This is what makes their concerts so enjoyable. They appeared in Italy for more than 120 live gigs, in Spain for many concerts thanks to the 40 most important radio stations in Spain, in France where they performed at Disco Elysée (Paris) in Austria, in Slovenja, in Sweden, in Portugal, and in Puerto Rico.

Fans had to wait until March 1996 to discover next single. I Believe became the group's 6th Italian Top 10 hit when it reached #6 on radio playlists, establishing Da Blitz as one of Italy's most successful dance groups with six hits in only two years. A very confidential album entitled Euromanic Trance was released, it is nowadays almost impossible to find.

To Live Forever was out in January 1997. Influenced by the 'Progressive Sound' that was so popular in Turin (Da Blitz's hometown) at that time, this was a mostly instrumental track which took everybody by surprise, for its experimental sounds, unconventional use of the voice, demonstrating again that Da Blitz was one of the most talented and innovative band on the dance music scene. Then came The Light Of Love in June. Viviana left BlissCo in November.

March 1998 - Love & Devotion 9th single for smash hit group Da Blitz, back with new a flavor in style and in group components. Simon Pastore was assisted by junior producer Alex T and new singer was Sharon May Linn.

Da Blitz as a project from Bliss Co does not exist anymore but Viviana and Simone joined again in 2004 to create DB Reloaded...