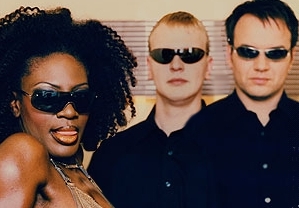 03/02/2015 : To celebrate their 25th anniversary, DJ Crayfish made a Culture Beat videomix gathering all their hits since 1989.

09/05/2013 : Beginning of 2013, Culture Beat released The Loungin' Side of Culture Beat, a compilation of lounge, slow or jazz versions of their most famous hits. (Thanks to Krasi)

28/07/2009 : Culture beat released a Mr. Vain recall, available on digital megastores only. The single includes a radio version, an extended version and a short version of the song Obssesion. The single was released on 24 July. Get it from Juno. (thanks to eurodance blog and Culture Beat Fan Base)

25/06/2009 : A big eurodance concert is announced in Latvia on 21st and 22nd August. I will feature Cascada, Snap, Aqua, Groove Coverage, Culture Beat, DJ BoBo, Brooklyn Bounce, Captain Jack, C-Bool et Future Trance United. No info about the precise place or where to buy tickets is available yet (thanks to Klems).

Producers : Torsten & Frank Fenslau, Peter Gräber. As early as 1989, Culture Beat caused a considerable stir in the German and UK charts with Erdbeermund (Cherry Lips, with Jo Van Nelsem, well known cabaret singer in Germany). Further hits such as I Like You and Tell Me That You Wait from the Horizon album, with Jay Supreme and Lana E, followed.

Then, in 1993, Serenity was released and Culture Beat won more or less every available dance and music prize that was up for grabs in Germany that year. (Among other trophies, Torsten Fenslau was awarded the 1993 Echo prize, the highest German music industry award, for 'Producer of the year' and Culture Beat the 1993 Echo for 'Most successful German album abroad').

The single Mr. Vain reached the number one spot in twelve different countries, including 9 weeks in Germany and 4 weeks in the UK, a  # 2 position in Israel and also reached #17 in the Top 20 in the US Billboard Charts (where it sold gold). In all 4.5 million singles were sold world-wide, and the album achieved sales exceeding 1 500 000. As for the following singles, Got to Get It reached # 5, Anything  # 3 and World in Your Hands # 2 in Israel.

At the end of 1993 the band's success story was overshadowed by the tragic death of founder and producer Torsten Fenslau. The question of whether in the light of this there could be any further Culture Beat albums was quickly answered by Frank Fenslau, who vowed to carry on the business and follow in his brother's footsteps. He kept his promise and he has definitely come up with the goods.

Two years passed and Inside Out was ready to hit the market, as a new musical age dawned for Culture Beat. The typical inimitable sound always associated with the band has been further developed, and instead of following the present German hit-parade trend of 'Faster, harder, shorter', the tracks were groovier, with more atmosphere. The trance elements, Jay Supreme's rapping, and the bitter-sweet voice of Tania Evans had been brought clearly to the fore without losing out on the music's danceable quality, most clearly demonstrated on the emotional first single Inside Out.

In producing Inside Out, Frank Fenslau chose an approach which is considered unorthodox in the German dance scene, though perfectly normal for the UK or US. The album was not made by just one person, but by five different production teams (Peter Gräber/Frank Bülow, Perky Park, Cyborg, Doug Laurent, R.U.T.). Each track has its own different and special character, and there was hardly a dance album around to match its varied nature.

These production methods also resulted in hard work for Tania Evans and Jay Supreme.' It was an enormous challenge as we had to familiarise ourselves with each team. Everybody works differently, and as I'm also responsible for the rhythm in my texts, I had to make sure that I quickly found a new basis on which to communicate with each producer', says Jay Supreme. Tania adds, 'During the recording we didn't feel that we were working on any old artificial dance project. The record contains a lot of very personal emotions from all those involved. We don't just think of ourselves as a band, we are one.'

The singles to be released from this album were also very successful. For example, the 1996 singles Crying In the Rain and Take Me Away peaked #25 and #4 in Israel. But afterwards Tania Evans left the act for a solo career. Jay Supreme remained with the act for a short time after Tania's departure, but he finally quitted too.

The 16th of February 1998 was the date that when the single Pay No Mind was released in the Netherlands and Germany. Pay No Mind was the first single to feature Kim Sanders. This single was the first pre-release of the 5th Culture Beat album called Metamorphosis which was released in the beginning of summer 1998. Culture Beat was now a solo-act, with however the contribution of the rapper N'XT on some tracks.

In May the second single from the 5th album Metamorphosis was released. Entitled Rendez-Vous, it was in the same low tempo style as Pay No Mind. These 2 singles didn't bring Culture Beat the success they had hoped. You Belong would the new single for Culture Beat.

2001 : Culture Beat is back with a new female vocalist named Jackie Sangster, and a Greek support rapper called MC 4T. Their new album Obsession was said to be almost ready. It contained 15 tracks, was planned to be released during the Autumn 2001. The first single Insanity already reached position #1 in Israel.

2004 : a new single at last ! Entitled Can't Go On, it was was written by Kim Sanders and released as vinyl... It . During an interview in Club Rotation in May, Jackie explained that rumors concerning a Culture Beat split up were totally wrong. They were still doing live appearances very often (a world tour is even planned), and keep on recording for a new album. "We keep on going. Culture Beat does not stop. We don't stop for nobody. We have no reason to stop. People keep on liking our music, so we just gotta keep on going". But they would like to move to a new sound and a complete new direction. They consider that they can afford it after all these years... "Culture Beat is a at point where we can pretty much do what we wanna do".

2006 : on the 14th of April, Culture Beat appeared on stage for the 4th edition of the show The Rhythm Of The Night, an event organized in the Netherlands by Busby media & RTL after an idea of D-Rock, 2 Brothers on the 4th Floor rapper. Bald Bull ‎released another cover of Mr. Vain.

2007 : Culture Beat did a concert in Romania at the end of November. In an interview, they revealed they were working on a brand new single which working title was I Love Culture Beat, planned for January or February. Another cover of Mr.Vain was released, this time by DJ Maurice.

2008 : In April, Culture Beat were on stage for the Radio Regenbogen birthday concert, then for the I Love The 90s concert in Hasselt. Their new single Your Love, and electro-house track, was released in May, under the label Superstar Recordings. It featured of course Jackie, who also contributed to the songwriting.

2009 : their hit Mr Vain was covered by the project Omega. Meanhwile, they released a new version of their biggest hit : Mr. Vain recall.

2013 : Culture Beat released The Loungin' Side of Culture Beat, a collection of lounge, slow or jazz versions of their most famous hits.

Remixes by the Culture Beat team :