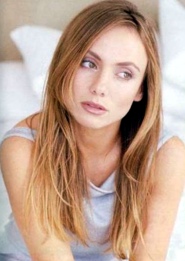 02/06/2015 : Tina Cousins was featured by DCX on their forthcoming single Out of My Head

14/07/2010 : Tina Cousins wil be in Australia from the 11th to the 22nd of July for gigs and is signing a new deal for new material and new mixes of all the classics. She will also be shooting the album artwork and a video clip.

05/05/2009 : Tina Cousins recorded a cover of King of Leon's Sex On Fire. It should be released during the summer.

15/04/2009 : Resource feat. Tina Cousins - Hymn was just released in Germany. The project Resource is formed by the ex-Bass Bumpers Henning Reith and Reinhard Raith. Another new Tina track entitled Can't Hold Back was released on March in the USA. Tina announced that she has recorded a cover of Sex On Fire by the Kings Of Leon but it is postponed for a summer release (thanks to eurodance blog).

08/01/2009 : Tina Cousins in collaboration with Resource released the single Hymn, already covered some years ago by Cabballero (thanks to eurodance blog).

05/03/2008 : 4 Strings feat Tina Cousins were also nominated at the International Dance Music Awards Best hiNRG/Euro with the song Curious. Tina Cousins' new single is called Everlong and will be available in April, along with the album Greatest Hits (thanks to Tavi Meran)

Tina Cousins began as a fashion model. She performed in a Rolling Stones video when she was 20 years old. The turning point of her career was a big fashion show in where she replaced a singer that cancelled. A local record company made a deal with Tina and arranged her to PWL studios where she began working with the producer Pete Waterman (also known from Steps' songs) and composers like Karl Twigg and Mark Topham. 'When you've done modelling everyone thinks that it's not really your voice on the record. At first I had to convince people that I really can sing' she explains.

Her first single Killin' Time was released in1997 and was a hit all over Europe (78th in MTV's best dance videos of all time in 1998, # 16 in Israel, # 15 in UK). The following single entitled Angel wasn't just as successful as Killin' Time (it peaked nevertheless at # 10 in Israel), but the real break-thru was with Sash! 's single Mysterious Times from where Tina will always be remembered. The track was featured as well in her first album Killing Time as in Sash!'s Life Goes On album.

Tina's own, third single Pray was a hit e.g. in Finland or in Israel where it reached # 3. This gave her more success as a solo artist. The first album Killing Time was released in 1998, first in Finland in where it sold gold quickly. Forever was released as single from the album in 1999. Tina was also seen in Brits Awards '99 Thank Abba For The Music song that brought together 4 Abba's hits (Take A Chance On Me, Dancing Queen, Mamma Mia and Thank You For The Music) together with the groups B*Witched, Billie Piper, Cleopatra and Steps.

Even if at first she didn't want to become only the voice of Sash!, she finally decided to record another single in cooperation with Sash! : Just Around The Hill.

Tina is relatively well-known in her home country England, but good for her, there isn't a huge crowd of fans around her all the time. She says "In my hometown I can't go out, Tina laughs. London isn't that bad. When people recognize me, they only shake hands and congratulate at most".

2000 : Tina has a new single called Nothing To Fear, which was recently released in Australia, whereas her debut album Killin Time was released in the US on June 6th.

2002 : Tina will present her new single in October, it will be entitled Come To Me.

2003 : Tina Cousins took part to the Too Smart 4 Drugs Tour. This tour was intended to teach children to make the right choice if they come across drugs. She sung Mysterious Times as well as copresenting.

2004 : Tina is still touring in England and abroad, she appeared in a Spanish discotheque in February. Her new album is currently being mixed.

2005 : Tina came back with a new single entitled Wonderful Life (a re-make of the 1987 Black classic single) which was released first in Australia. It was composed by Colin Vearnombe, produced by Louie Nicastro & Tom Maddicott, recorded at Charlton Farm Studios, Bath, UK.

The new album will be entitled Mastermind. It will be released in Australia on Sunday August 7th. The next single will be Come To Me, which will go to radio early August with a commercial release scheduled for early September. Tina will do a promo tour in November and will perform at the Australian Fashion Awards scheduled for November 11th.

2006 : Tina Cousins' new single is entitled Pretty Young Thing (already sung by Lene from Aqua some years ago). It entered the Finnish charts in May.

2008 : 4 Strings and Tina Cousins were also nominated at the International Dance Music Awards Best hiNRG/Euro with their song Curious.

Tina Cousins' new single is called Everlong and will be available in April, along with the album Greatest Hits.

Findance
Thanks to Shimon O'Hana for the charts positions
Thanks to Robbert Graner, Tavi Meran, Yef and Rico for the lastest informations