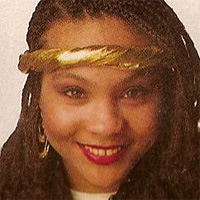 Cooper started her carreer as female vocalist for the Fatback Band, with the first song with them being Double Dutch and the last one being Wild Sugar. After she left she gotten replaced with Linda Blakely. In 1981, she became lead female vocalist and member of disco/R&B band Change till 1985, where she took part to several hits. Then she went solo and released single Your Love Is All I Need. In 1991 she did backing vocals on DJ Jazzy Jeff & The Fresh Prince's single Ring My Bell. Then she met producers Clivillés and Cole and featured as guest vocalist on their hit single A Deeper Love.

Subsequently, in the 1990s, she became part of their project C+C Music Factory as back up singer. As official vocalist Zelma Davis was still waiting for her green card, she also became the project's main vocalist. This resulted with several # 1 hits including Deeper Love, Pride, Things That Make You Go Hmmmm... and Keep It Comin (Dance Till You Can't Dance No More). Keep It Comin was chosen as the theme from the film Buffy the Vampire Slayer (one version with rapper Q-Unique, while the Dance club version was solely based on Deborah's vocals). Things That Make You Go Hmmmm... was used in TV ad campaign for Budget Gourmet frozen meals.

In 1996, after his former partner from C+C Music Factory, David Cole, passed away, Robert Clivilles hired Deborah Cooper to vocalize Reach for his new project RobiRob's Clubworld. Afterwards, she continued to lend her vocals to house music tracks by other record producers

As a backup and session singer she has worked with Jessica Simpson, Lisa Lisa and Natalie Cole. She worked as a featured singer for Mariah Carey in both recording sessions as well as live appearances internationally. She could be seen in Mariah Carey's "Behind the scene" documentary for her contribution to song Butterfly.

2000 : she teamed with Victor Calderone and Peter Rauhofer (aka the Collaboration) and did backing vocals on the song Do It Properly, a cover of a song by 2 Puerto Ricans, A Blackman And A Dominican (another Clivilles & Cole project). The live performance was premiered at the annual Winter Music Conference and she won an ASCAP award for her writing and composition on the project in 2003. DJ Doozer & Palermo partially used a sample of her voice on their single Music (Here We Go Again), even if vocals were credited to vocalist Betty S.

2001 : she recorded Are You Satisfied for Victor Calderone, and the song became a #1 dance hit.

2005 : with DJ and producer Tony Moran she recorded Live You All Over which quickly rose up the charts to #2. This track was released as a CD single and on Moran's "i>Tour De Beats compilation.

2007 : in January she began a world tour with longtime friend and personal appearance manager Scott Sherman. She was also working on a book project, memoirs from her life in the music industry, and on a new single and compilation track. Tour ended in 2010.

2009 : Deborah did vocals on Erick Morillo's I Get Lifted.

2018 : she contributed to Change's album Love 4 Love, performing vocals on songs Oh What A Feeling and You'll Always Be A Part Of Me. Edson Pride remixed her single Real Love.

2019 : her vocals sampled from Keep It Comin' were used on Zero J feat. Deborah Cooper - Keep it Comin.