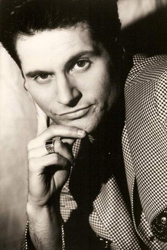 Clubhouse is an Italian project of Media records. It was created during the early 80s, in the trend of the "medley" fashion. Their first single Do It Again / Billie Jean peaked to position #5 in sales charts. After a few hits (such as Superstition, a cover medley featuring Superstition by Stevie Wonder and Good Times by Chic, or I'm A Man, including samples from I'm A Man by Steve Winwood and Yeke Yeke by Mory Kante, and I'm Alone featuring Silver Pozzoli on vocals), the project was put aside.

1991 was the year of the comeback : Deep In My Heart, produced by Pieradis Rossini, remixed by David "Re Mida" Morales, conquered the American dance charts. It featured a sample form Deee Lite's single Power Of Love. In the UK, it was released with Cappella's Everybody as B-side.

Vocals in I'm Falling Too were done by Lance Ellington (He also give his voice to Sean Maguire on his album Sean Maguire, to Nicki French on For All We Know, to Deuce on No Surrender", and to Tatjana on her album Santa Maria).

The singles released between 1993 and 1996 featured the voice of a male singer called Carl Fanini. With him, Clubhouse entered the eurodance era. Carl used to be singer for the project East Side Beat (which released the massive hit Ride Like The Wind). Light My Fire was followed by a Cappella remixes CD maxi. It contained a R.A.F. Zone Remix Edit, a Cappella KM Remix, a R.A.F. Zone Remix, a DJ Professor XX Dub and an Original 12" Mix.

Apart from the singles, an album were released. The 1995 version of the album contained a extra track (the Aquarium Mix of Nowhere Land). It was released under the label ZYX Music in Germany. The 1996 version contained only 11 tracks and was released under the label K-Tel International (in Finland only). One of the latest singles, World Of Dreams was only available for the Japanese market.

The melody of Clubhouse's single Nowhere Land was covered by Kai Tracid for his single Life Is Too Short.

2006 : Clubhouse released an EP entitled 2K6. It contained the cover of Coldplay's - Speed Of Sound and Sting's - Don't Stand So Close To Me.

Listen to Clubhouse on Radio Euro Classic, the eurodance radio