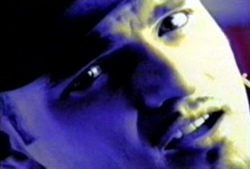 Bliss Team's debut single, a 130 BPM cover of the Patty Smith track People Have The Power, was a summer hit of 1993, produced by Massimo Gabutti and Luciano Zucchet. Released under Propio records, it sold more than 50 000 copies in Italy alone, and was a #1 hit for months in both Italy and Spain. Released under the label Inprogress in April 1994, Go! reached the top 10 in Italian sales charts and in most radio charts. This 136 BPM track featured again the vocal talents of Jeffrey Jey. Since then Bliss Team continued to fill the worldwide dance scene with their uptempo and energetic dance beat. They also demonstratedtheir abilities by working on various euro/NRG remixes (DaBlitz 's Let Me Be, Take My Way, Stay With Me, JK - You & I, Systematic - I Got The Music etc. ).

Living On A Prayer (a cover from Bon Jovi) was released in Brazil where it was a great success. The group's first musical expansion occurred with the addition of M.T.J.Capuano into the band. Together they fused dance beats with the orchestral power of classical music, creating their massive 1995 hit You Make Me Cry (their first hit accompanied by a video clip produced by their company's video department, Bliss Video). It reached the #1 positionin the Italian pop charts and was released throughout Europe. It was also a tremendous club hit in Italy, largely successful due to its combination of orchestral and eurodance elements which gave the song an edge over all other dance releases.

Following this success, Bliss Team released two more singles in 1995 which reflected their musical experience catching up with the changing times - the fast-paced Hold On To Love (#5 on the Italian sales chart and #1 in most Italian national radiocharts). This single saw a change in the group's musical style, moving away from italodance to faster and more melodic 150 BPM progressive-NRG, with simple but intensely strong vocals performed as usual by Jeffrey Jey) and Love Is Forever, a single featuring six versions, including Euro-NRG mixes and house/underground Americanized versions. It came along with a videoclip which was totally made with computer graphics. Love Is Forever reached #10 in the Italian sales charts and topped most radio charts. What made this single shine out from the rest were the incredibly heartfelt and emotional lyrics about love lasting throughout eternity.

The summer of '96 prompted Bliss Team's musical image to move away from the Hi-NRG sound of previous singles towards the Underground House scenewith their new hit, U Take Me Up, publishedon the famous INPROGRESS label (Da Blitz - Vandana - Funktastica etc. etc.).Current musical trends in Europe saw the group's musical style change onceagain with this single, this time from Progressive-NRG to energetic 130BPM piano-house with an underground feel. This musical change heard on their 12' Love Is Forever was augmented by the Americanizedversions produced by Vinny Noriega and Italian House/Garage DJ Maurizio Arena. Like the other singles, the artistic producer of U Take Me Up was Jeffrey Jey. The record features four completely different versions - on side A you'd find a juicy Garage mix spinning at 130 bpm followed by a House/70's style hybrid Mix characterized by a classic 70's bassline rolling on a heavy house rhythm. Side B featured a pounding piano house Mix followed by a hot electronic version with a powerful organ bass line.

February 1997 saw the released of How Can We Survive a collaboration with American DJ Vinnie Noriega. Song was licensed in many European countries as soon as it was released. Like the other singles, the artist production was assigned to Jeffrey Jey, while arrangements were done by DaVanilla and mixing by Angelica Villella.

With Or Without You was a cover of the U2 smash late 80s hit, and it included 3 versions plus an unreleased song called Yellow, in progressive musical style featuring vocal inserts hard and hypnotic that revealed the musical trend of its writer Roberto Molinaro belonging to the classic Hard Progressive Music scene. Arrangements were done by Gabry Ponte, a DJ known for his great work with the Da Blitz Remixes and Sangwara, Simone Pastore (Da Blitz musician) and MTJ Capuano (a member of the project since You Make Me Cry), and vocals as usual performed by Jeffrey Jey. With Or Without You was their last single.