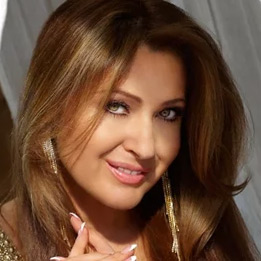 16/05/2020 : Angelika Yutt's next collaboaration with Vladimir Stankevich will be entitled Game Over! and is planned for May 26th (Thanks to Eurodance Magazine)

07/01/2019 : Angelika Yutt is back with a song entitled We Love Eurodance, a collaboration with Vladimir Stankevich.

Russian opera, pop, house and trance singer Angelika Aleksandrovna Yutt (Russian: Анжелика Александровна Ютт) was born 5 November 1969 in Simferopol, Crimea. She did studies at Simferopol Musical School and Simferopol Musical College. She started a career of a soloist in Crimea Ukrainian Musical Theatre and at the same time began as a pop singer

In 1996, Angelika released her first solo album Bereg Lyubvi (берег Любви "Love Shore" in Russian) under her complete name Angelika Yutt, along with a video clip for the title song.

1998 was a very busy year for Angelika : she published her second studio album Planeta Lyubvi (Планета Любви, meaning "Planet of Love") in collaboration with actor Vladimir Stankevitch under project name Gruppa Angelika. Album featured many very good eurodance songs. It also included song Mama Maroussia (Мама-Маруся), a track inspired from Ricchi e Poveri's Mamma Mia but also from a Belarussian and an Ukranian song. It was nominated for Best Song Of The Year at The Belarusian Chart-98" Music Video Festival and a videoclip was shot for this song. It was followed by a video book entitled Zakoldovannyi Rai (Заколдованный Рай meaning "The Charmed Paradise"). They were about to start a big promotional tour in Russia, but at that time, eurodance style was already fading away, so sponsors defected, and Angelika had to search for new musical inspiration...

In 2002, Angelika started working with Russian producer Igor Siliviorstov from Moscow (he stood behind projects Virus and Strelki). She released album Nad Oblakami (Над Облаками meaning "Above The Clouds") album, with a more trancy sound.

2006 : after her contract with Igor Siliviorstov ended, Angelika self-produced her next album Proshai (meaning "farewell" but also "forgive"). She published videoclips for songs Ya Lechu (I'm Flying) and Proshai

2010 : she released single My Surreal Dream, a dream dance/ambient song.

2013: Angelika was the first Russian artist to sing the Russian Federation National Anthem in Soul. This raised violent reactionson social networks. Her voice was featured by Vadim Xorosh on single Bad Love Story, by Xten on Dance With Me and by SourCream on I'll Be With You.