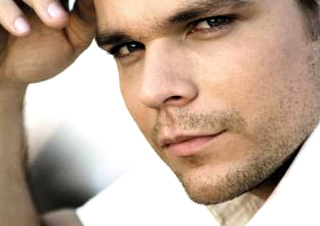 André Tanneberger, who stands behing the ATB project, was born on the 26th Febuary1973 in Freiberg (Thüringen). In 1984 his parents moved to Herne, West Germany in order to find better opportunities. In the end of the 80s, Andre went almost every week-end to the Tarm Center in Bochum (where he works now as a resident-DJ) to listen to the DJ sets of Thomas Kukula (who would be well-known on the Eurodance scene for standing behind the General Base project). In 1992 he began to compose his own music in his bedroom, with the help of an Amiga computer and a small keyboard.

Thanks to a good friends of his, he became acquainted with Thomas Kukula, who was amazed at André's first attempts and offered him to mix and give the final touch to his first tracks in his studio. There André was able to use a lot of equipment, among which a Synthesizer Sequential Pro One, to which he owes its first project's name Sequential One. In February 1993 the first Sequential One single entitled Dance was released. Gradually, André began to build up his own small recording studio.

Sequential One are the exotic Morpha who does vocals, Spacekid, the Dutch DJ weirdo Woody and Andre as creative brain and rapper. Their first big hit was My Love Is Hot, a progressive dance track from 1997. This track was followed by the great tracks I Wanna Make U and Dreams. In 1998 Sequential One released Imagination, which was not very successful. After that the album Energy was finally released. Meanwhile released the solo-singles Fiestas in Mallorca and Time Now. With the release of the album a new single was released, entitled Inspiration Vibes, without Morpha, but with the typical Sequential One sound. The latest single is Angels, a great trance track.

The real break-through for Andre was the track 9 PM (Till I Come), released in 1998 under Kontor records. The catchy rhythms, the pitch slide effects and the little sonar effect turned out to be very popular. They became the main characteristics of ATB's next releases and of some of his (re)mixes. The tracks origin is that he was showing a girlfriend around his new studio at his home and he started to turn on his instruments and play them. He started to show off and got carried away. He was playing with the synthesizer and an amazing sound came out, (which is now the guitar riff on 9PM). He forgot about his girlfriend and started playing the insruments and created the track. 3 hours later, at 9PM he finished the track. That's where the title '9PM' came from. The 'till I come' bit(s) in the song were the 'till I come' in the title. The success was huge all over the world, the single was even # 1 in Israel.

With his second single entitled Don't stop André entered all the most  important charts, for example it reached position # 3 in Israel. This two hits allowed him to have his talents recognized and to release his first album Movin' Melodies (which was also released under different names, such as Dolphin's Mind and varying contents). The lady who sings in Don't Stop and 9PM (Till I Come) is called Yolanda Rivera, and the man whose voice is featured in Killer is Drew Williams.

In 1999, he contributed to the welfare project United DJs from Central America with the single Too Much Rain.

Meanwhile, André had became well-known as a remixer : he did remixes for Eurodance artists such as General Base, Fun Factory , Black Baron , Haddaway , U96 , Sash! , Bass Bumpers , Real McCoy , 666 , Damage Control , Thea Austin and more recently Blank & Jones, Enigma, William Orbit, Texas, A-Ha, Future Breeze,  Miss Jane, Kosmonova, Ayla and the United Deejays For Central America (Too Much Rain). Some of his remixes were gathered on CDs such as Dream Collection '99 and Music So Wonderful. He also kept on DJ`ing in many clubs such as the Riu Palace (Mallorca).

The third single to be released was Killer. It was a cover-version of a track by Seal/Adamski initially released in the early 90s. This track contained some captivating beats and basslines and combinates the orginal sounds with some new ones. It peaked # 4 in UK. In June 2000 ATB took part to the Essential Festival in Brighton (UK) with many other techno stars such as Fatboy Slim or Armand van Helden. He also picked up the award for the best single and the best newcomer in the1st Dancestar Awards (organzied by World Online).

The following single to be released was entitled The Summer, from the second album Two Worlds (a double album, which contained 21 tracks, out in September). The following single was called The Fields Of Love, it was a co-production with York (the project of Jörg and Torsten Stenzel). Collaboration with two such greats from the dance scene meant that the new song was a guaranteed hit. Effectively it quickly already reached # 3 in Israel and was # 16 in UK. The follow-up was Let You Go, reaching #34 in UK and #9 in Israel.

Followed the single Hold You, released in November 2001. The new album was set to be released on January 28th 2002. It was called Dedicated and it included the latest single-release You're Not Alone (an remake of Olive's former hit) which peaked # 21 in Israel.

2002 : ATB took part to the Dance United project, created to help the victims of the floodings in Germany. They released a single called Reach Out on the 30th of September.

2003 : after the track I Don't Wanna Stop, ATB's new CD-maxi was released in June under the label Kontor. It was entitled Long Way Home. It included remixes from Steve Murano (who has just released a remake of Passion), among others.

ATB will become the first German artist to release a single exclusively as a download. Here With Me, the third track to come off the Top 10 album No Silence, will be out on 4 October. After the first two singles were sold as regular physical products, the artist and record company have agreed to use only the digital sales route for the third single. "This is the age of download shops and we simply want to show the way. I believe it's very old hat to curse technology. Instead we should use it to our advantage," commented Andre Tanneberger on his decision.

From 4 October 2004, Here With Me will be available both as a bundle (incl. single, two club mixes and the bonus track IntenCity) and as a single track. Incidentally, Here With Me also heralds the new ATB mix compilation ATB – The DJ (In The Mix) 2 that goes on sale on 15 November. Club mixes of Here With Me are, of course, also available on vinyl for DJs.

2005 : ATB contributed to the collective welfare project Dance United Help Asia, for the victims of the flooding. He released in the single Believe In Me featuring the voice of Jan Loechel.

The follow-up single was Humanity. It was at first released as 2 vinyl, the first one being released on July 6th, containing a Rank 1 remix, the track Funaki (Woody Van Eyden remix), and an Alex Morph remix. 2 days later, a second vinly was released, this time containing the Original club mix, Energy mix and Album Finished mix.

Humanity was included on the best of album Seven Years.

2008 : ATB's next album (the 8th from his carreer) won't be launched before Spring 2009, because is very busy with the concerts in the USA au Australia. The album will contain new style and sounds

2009 : ATB's new album was called Future Memories and it's a double CD. The album containted several featurings of artist bringing back their remade songs : My Saving Grace featuring Aruna Abrams was a trancy re-recording of her song Saving Grace (a pop-rock track originally released in 2005 on Aruna's album Running Red Lights). His new single was entitled Behind, featuring the Italian project Flanders (who once again were the original authors of the song). The video was shot in Paris.

2011 : ATB's new album will be entitled Distant Earth and contained more than 22 tracks. It was released on April 29th 2011. His new single Apollo Road was a collaboration with Dash Berlin. In September, ATB released a remixed version of his current album Distant Earth.